Who’s better U2 or R.E.M.? Canadian supergroup TUNS has opinions 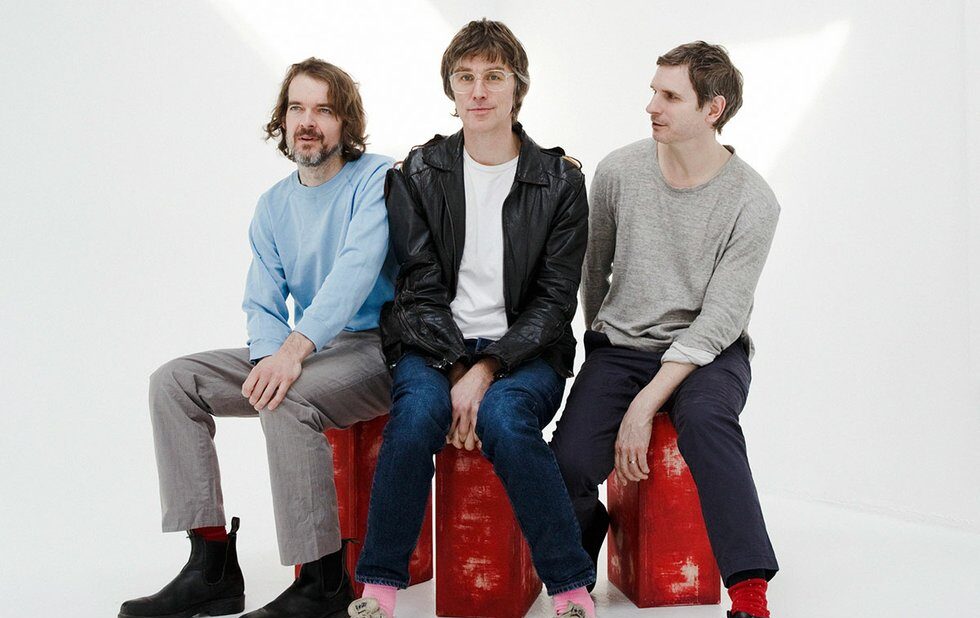 Somewhere on Chris Murphy‘s phone there’s a recording of TUNS trying to write an original song based on an iconic drumbeat by Larry Mullen Jr. of U2.

“When we first began playing,” Mike O’Neill explains over pho with his bandmates/long-time friends (but not relatives), “we needed a starting place because there was myself, Matt [Murphy] and Chris” – all top-notch songwriters, vocalists and players – “and a lot of mutual respect.

“But how were we going to start a song?” O’Neill asks, acknowledging the pressure of expectations they felt. “The first thing we tried was, ‘Chris, play a drumbeat you like and we’ll make up a new song over that beat.’ We tried that with various songs, where he played a song by the Cure or something, and then we ended up with all this fruit, and you couldn’t even hear the [cover song aspect].

“The one exception, with comical results, was when we tried to write a song over the drumbeat from Sunday Bloody Sunday,” O’Neill says. “It’s a scream.”

The reason for the pressure they felt? TUNS drummer Chris Murphy also plays bass in Sloan, guitarist Matt is known for his time in the Super Friendz, and bassist O’Neill made his name in the Inbreds – all bands that reflect Halifax’s 90s “pop explosion.” TUNS really are a supergroup.

From their mop-tops to the sweet vocal harmonies and lead vocal trade-offs heard on their self-titled debut, released on Royal Mountain in late August, TUNS appear most heavily influenced by timeless British bands like the Beatles and the Kinks. But growing up, Chris and O’Neill were actually really, really into U2.

When I mention a bit of trivia about O’Neill also adoring and attending shows by R.E.M. on some of their earliest tours in the 1980s, Chris bristles.

Of course, U2 are not a band most people like all that much these days.

“I don’t know any of their albums past [1988’s] Rattle And Hum, when they discovered American music,” O’Neill says. “The Joshua Tree [from 1987] is the last thing I heard, and then I stopped paying attention.”

“I bought The Joshua Tree and never played it once,” Chris says. “I have a mint copy if you want it. Or you could just turn on the radio and hear the whole record.

“But, yeah, I loved U2 so much,” Chris continues. “I remember when [1984’s] The Unforgettable Fire was about to come out, just the feeling of, ‘Oh my god, I can’t wait to hear what this sounds like.’

“That was near the end of that feeling for music in general for me.”

Listen to this interview with TUNS via the Kreative Kontrol podcast: