NOW MagazineNewsTurn on, tune in to psychedelics as medicine

Turn on, tune in to psychedelics as medicine

Current studies on addiction, anxiety and depression are exploring the benefits of psilocybin and a variety of popular party drugs as possible therapies 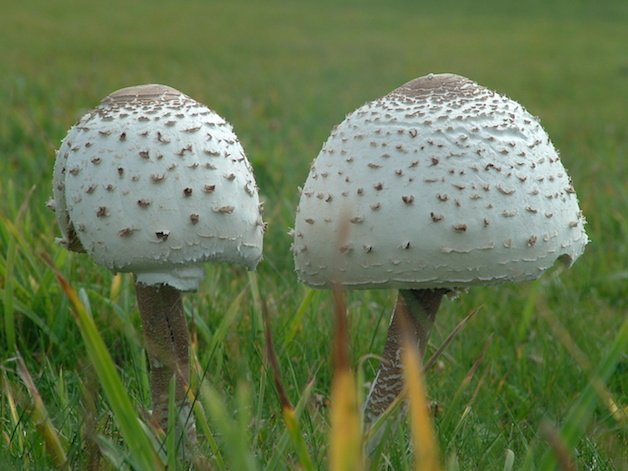 While pot has attracted most of the headlines on the issue of drugs as medicine, awareness seems to be – shall we say? – mushrooming on the potential healing benefits of psilocybin and similar psychoactive drugs.

Experimental research on psilocybin, the active compound responsible for the “magic” in magic mushrooms, suggests it has potential for treating alcohol and tobacco addictions, obsessive-compulsive disorder and end-of-life anxiety.

Current studies on addiction, anxiety and depression are also exploring a variety of popular party drugs as possible therapies, from empathogens like MDMA to psychedelics like LSD and anesthetics like ketamine. Yes, researchers at the University of Ottawa are studying Special K and its effects on depression.

While these studies may signal good news for people who are resistant to other forms of treatment, most trials involve only 10 to 20 participants, which means that their clinical significance remains unproven until more research can corroborate their findings. That’s easier said than done.

Psychiatric pharmacist Wende Wood explains that these small sample sizes and limited trials are a consequence of the fact getting illegal drugs for research purposes is often more difficult and expensive than procuring them for recreational use.

UBC professor Mark Haden chairs the Multidisciplinary Association of Psychedelic Studies (MAPS), which is currently conducting a study administering MDMA to PTSD patients during psychotherapy sessions. Its hypothesis is that MDMA’s efficacy in treating PTSD may be due in part to its ability “to produce a sense of calming empowerment, not painful stress, as the individual reflects on the traumatic experience,” Haden says.

He explains that the study required “four years of back-and-forth with Health Canada” in order to receive approval. The research is subject to frequent government inspections, and the MDMA used in the study costs $75 per dose.

Though they may have to deal with government meddling, studies on psychedelics appear relatively free from corporate influence for now, due to the fact that patents have expired on substances like LSD and MDMA and an extraction method for psilocybin.

But this is a double-edged sword since it’s unclear whether companies would have sufficient incentive to bring these drugs to market, particularly if the treatment does not require regular, frequent use. Another, albeit waning, setback to psychedelic studies is the perception of the drugs as agents of antisocial behaviour.

At a discussion on psychedelics as medicine at the Centre for Social Innovation in September, many in attendance admitted to self-medicating with psychedelics to treat a variety of health conditions including ADHD, post-polio syndrome and opiate addiction.

“I didn’t have the same impulses after taking [’shrooms],” says Phil, who had struggled with a heroin addiction for two years. Now a physical trainer with impressively chiselled biceps, Phil tells me he’d tried psychedelic drugs as a teenager but moved onto the harder stuff when opiates seemed “an immediate cure for my depression.”

He says his difficult childhood as a refugee affected his mental health, and whenever he tried to kick the heroin habit he would relapse shortly after.

As Phil “got more into the music scene,” he began taking mushrooms recreationally and noticed a change. He says the psychedelic mushrooms reawakened his spirit, and his desires to use heroin or other drugs abated for up to three months after his trips. Phil has been clean for over five years now.

He also hasn’t partaken of psilocybin since a party last New Year’s Eve, where he had a “terrible trip” on a gram of ’shrooms. He described imagining telepathic conversations with people who were passed out and strung out atop various items of furniture, when he thought to himself, “What the fuck am I doing here?”

Phil stressed that simply taking psilocybin is not a permanent solution, and attributes his success in part to AA. (Founder Bill W. used and administered LSD.) Phil says his experiences with psilocybin provided important realizations, sometimes punctuated with panic and episodes of crying.

But he cautions that “it takes time to get clean. It’s unrealistic to expect a magic bullet.”

Haden says there has been a shift in perceiving these drugs as tools to “drop out of the mainstream” to more inclusive, pro-social applications like treating veterans’ PTSD with MDMA.

In a recent Medscape article, Jeffrey Lieberman admonishes members of the scientific community who are excited about employing psychedelic substances as medical treatment.

Lieberman questions whether they can be used safely, and calls for “more serious, prudent, thoughtful and informed opinions to be expressed on this topic before it catches on in the lay public.”

Though the train may have already left the station on that front, Wood believes that the potential harms from psilocybin are more perceived than real. Yet, she acknowledges that psychedelics have been shown to exacerbate psychoses, and proposes a minimum age of 25 for using the drugs as treatment, noting that some mental conditions like schizophrenia may not present themselves until adulthood. MAPS, for example, excluded subjects with a history of certain psychological or physical disorders from its MDMA clinical trial.

A psilocybin study group at Johns Hopkins University outlines special guidelines for reducing the risk of bad trips, like barring participants with a family history of severe psychiatric disorders and ensuring a safe physical environment. Haden stresses that context is key when safely administering psychedelic drugs: “The danger comes from… lack of supervision.”

Haden says a regulatory body akin to the College of Physicians and Surgeons could be responsible for administering psychedelics for health care purposes. In this post-prohibition future, he also envisions a larger drug commission with cocaine and heroin branches that would have overarching control of the substances and their policies.

He thinks that health care experts rather than government officials should be implementing drug programs.