NOW MagazineMusicFeaturesPreview: TV on the Radio

Preview: TV on the Radio 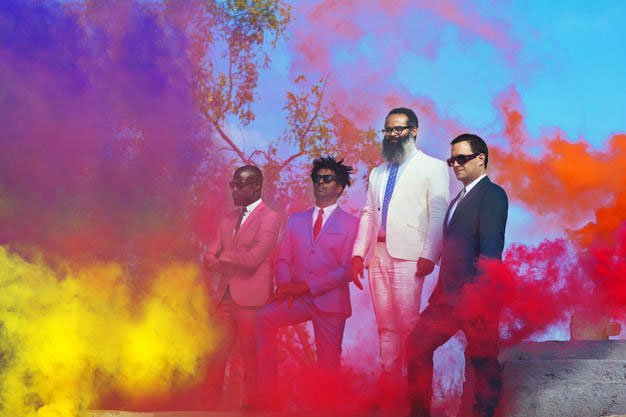 TV on the Radio

Tunde Adebimpe is uncharacteristically excited to get back on tour with TV on the Radio to perform the new songs from their upcoming fifth album, Seeds (Harvest).

“I’m usually the last one in the band who wants to get back on the road,” explains the frontman from his L.A. home. “I think it’s a result of working really quickly this time, because the songs still feel really fresh. There was an unspoken rule for this record that if something didn’t sound like a song within two days, if the architecture wasn’t there, and if the mood and direction weren’t there, we’d scrap it and move on.”

That approach was taken because the indie rockers work in their own studio and don’t have to watch the clock, a luxury that can often lead to overly manicured and lifeless results. Instead, the new material feels more streamlined and focused than much of their previous work, and blends their pop, soul, punk and electronic influences even more effectively.

That maturity and confidence is all the more surprising considering that following the release of their last album in 2011 and the death of their long-time bassist, Gerard Smith, the members sometimes thought the band might have run its course.

“I knew we were going to take a break. But it got to a point where we’d been doing it for more than 10 years, and it seemed like maybe we’d exhausted the possibilities of this thing. Maybe it would be fine to put it down. I felt really proud of what we’d achieved and didn’t feel like it would be a weird way to knock it off.”

Thankfully, that distance and time helped them rediscover the excitement of their early years, and soon enough the members were sending each other song sketches again. And once they found themselves in the same room, the old chemistry naturally came back.

“We started hanging out again, and since we were hanging out, we figured we could definitely make a song or two. We weren’t on a label any more, so there was no pressure to put something out that would be the precursor to something bigger,” says Adebimpe.

“It felt like we were making our first EP again, because we weren’t thinking about anyone who wasn’t in the room.”

The Phoenix TV on the Radio