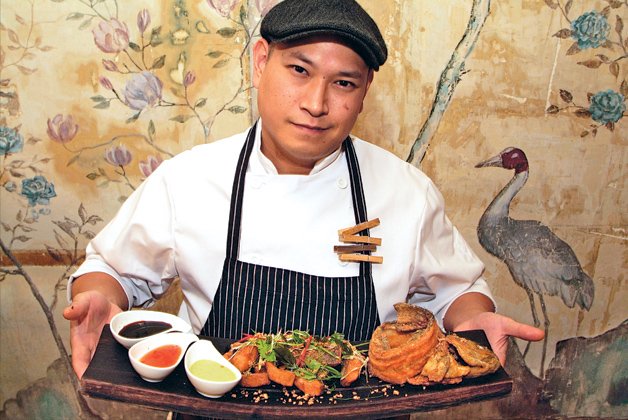 “My favourite part is the collar, because there’s this chunk of meat that’s stuck between the bones, and when it gets fried it gets really gooey and sticky.” Photo By David Laurence. 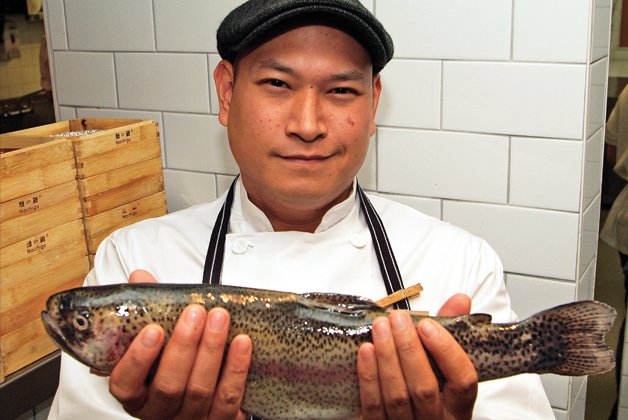 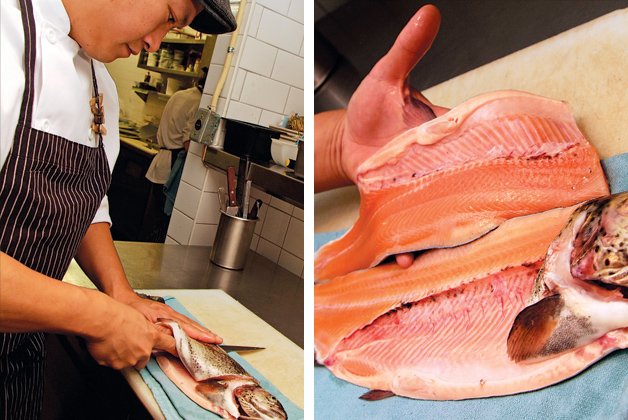 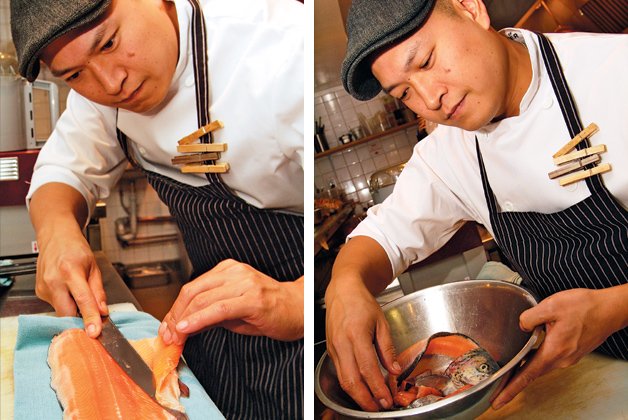 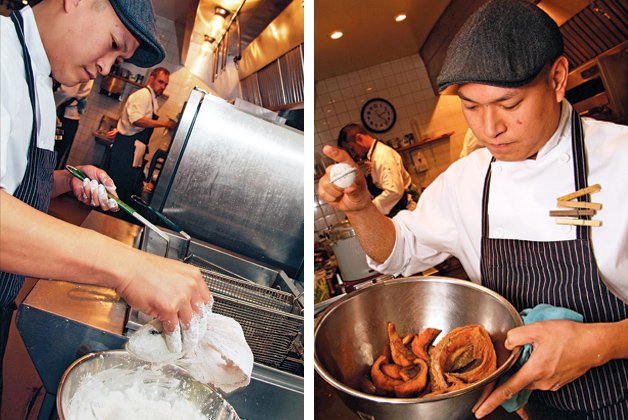 In the last two years, chef Nick Liu’s DaiLo (503 College, 647-341-8882, dailoto.com, @DaiLoTO) restaurant has gone through location changes, partnerships and, yes, a name change. One thing that has remained throughout is this show-stopping, crispy whole fried trout ($30) that’s a must-try. The chef shows us how he makes (and eats) it:

“I worked at a place in Sydney called Longrain where they used to do a whole fried barramundi, which is Australia’s national fish,” says Liu. “It’s deboned, fried and then reassembled. Whole fish is a Chinese staple, but I’d never seen it prepared like that.”

“Originally, I made the dish with pickerel because its taste and texture are the closest thing to barramundi that I could find locally. I then switched to trout, which worked better than the pickerel or the barramundi because, when fried, the trout’s bones are much more brittle, so the whole fish becomes edible.”

Liu takes out the inedible fin bones and the rib cage of the fish, which usually weighs 1.5 to 2 pounds. He filets it, removes the bones and slices the flesh into bite-sized strips. These filet pieces, along with the remaining carcass, are dredged in cornstarch and deep-fried. He then reassembles the fish on the plate. Julienned green onion, chili, coriander, lime leaves and fried basil are added as garnish along with what he calls an Asian nut crumble made of bits of fried almonds, garlic and ginger.

Everything that’s fried on the menu is dusted with this finishing salt. “I roast star anise, dried chili, white and Szechuan peppercorns, cinnamon, cloves and coriander seeds with salt, which gives it a great perfume,” he says. “I pulverize it into a dust and add a touch of sugar to get a salty-sweet aroma.”

“I see the dish as a take on the classic fish and chips, and with that you need a dipping sauce like mayonnaise,” says Liu. He starts with a mayonnaise mixed with green curry and then there’s also a nam jim sauce, a popular tangy Thai condiment. Liu’s version has garlic, palm sugar, coriander root, chili, lime juice and fish sauce ground in a mortar and pestle. There’s also a caramelized soy glaze made from ginger, garlic, peppercorns, onion, chili, star anise and orange zest steeped in soy sauce and caramelized sugar.

“I love seeing how adventurous the diner is by looking at how much of the fish comes back,” he says. “Sometimes, even the cheeks get eaten along with the crispy meat bits on the spine or plates come back with just a small pile of bones.”

“My favourite part is the collar, because there’s this chunk of meat that’s stuck between the bones, and when it gets fried it gets really gooey and sticky,” says Liu. “It’s the most delicious and fatty part. Anything that is cooked close to the bone has so much more flavour.”

Fish cheeks are the silkiest part of the fish, and moms would traditionally save these parts for their kids.

The tiny bones of the tail are fried to a brittle crisp, so they shouldn’t be much of a choking hazard. (Still, proceed with caution.) Since the tail does not have much meat, it’s like eating the batter straight up.

Typically left as a dare, the eyes are nothing to be grossed out about.

“There isn’t much flavour,” says Liu. “They taste like the rest of the trout, but maybe with a bit of crispiness and sliminess at the same time.”