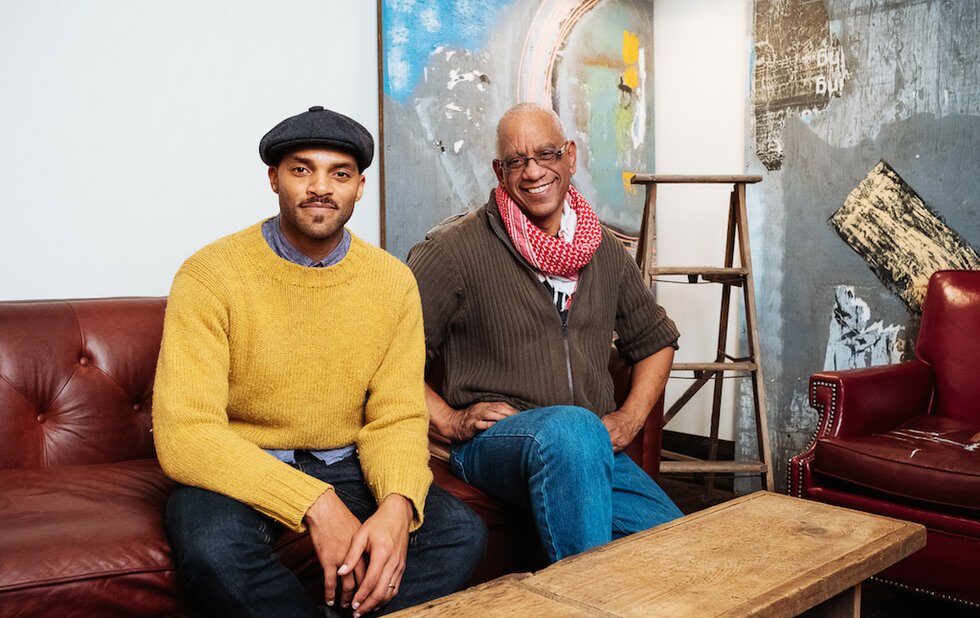 Where will Black History Month take you? Director Philip Akin and singer/songwriter Khari Wendell McClelland hope its to the theatre, where their respective shows, Passing Strange and Freedom Singer, explore different Black experiences through music past and present.

Music is a catalyst for hope, but also to become activated, says McClelland, whose new show, Freedom Singer, reinterprets historical songs sung by slaves escaping to Canada via the Underground Railroad.

Born and raised in Detroit, McClelland found his musical voice after moving to Vancouver and joining a 1950s-style quartet, but it was a chance encounter with author Karolyn Smardz Frost whose 2007 book, Ive Got A Home In Glory Land, about two slaves who fled Kentucky for Toronto, won the Governor Generals Award that sparked his research project for this show.

She came up after a show in Lunenburg, Nova Scotia, and said, When you were onstage, you said you were from Detroit and had ancestors who came through the Underground Railroad, and Im thinking that my book might interest you.

McClelland recalls the epigraphs at the start of each chapter. I kept thinking, Are these songs that would have accompanied people as they fled from slavery?

And also, [her subjects took] the exact same route that my great-great-great-grandmother Kizzy would have taken to come to southern Ontario in the 1850s. I put the two together and thought I should try to find the music that would have accompanied slaves as they were fleeing from tyranny in the United States.

McClelland tapped into a large network of musicians and academics, eventually securing funding from the Canada Council for the Arts and the attention of the CBC to document his work of locating old songs in the archives and weaving them into a contemporary performance piece.

Written in 2006, Passing Strange is American singer/songwriter Stews musical memoir about travelling through Europe in the 1970s and 80s as a young Black musician, experimenting with gospel, punk, soul and rock while searching for authentic experience and identity. Akin, a founder of Obsidian Theatre, had heard about the shows success south of the border but wasnt convinced he wanted to direct it (its his first time helming a musical) until he delved into the book and found it full of personal and universal resonances.

As a Black man growing up in Oshawa in the 60s and 70s, I didnt have a Black community to exist in. So to survive, I would present myself as someone who was easy to get along with. Id present myself with many different masks to operate in different spheres and be not who I was, but whatever those people needed reflected back at them. I was kind of faking it to survive, and I think you pay a price for that. Thats one of the things I saw in this show.

But theres also a universal quality to [the show], even though theres a lot of stuff about being Black. The default setting here is Black its usually white. Yes, its the story of Stew in Amsterdam and Berlin. But to turn around and say Black people and Black stories can be the default point, the starting or resonant point for universal understanding is a huge historical step forward.

For both McClelland and Akin, the music in their shows is an opportunity to confront hopelessness and confusion, a role they both agree is as important today as it was in the past.

My desire in collecting these songs was about finding out what gave people hope in a hopeless time. And now Im hoping that the music were making will continue to provide hope, say McClelland. Even though the historical reality is more complex, theres something positive in the mythology of the Underground Railroad that we are a safe harbour for people who are facing tyranny, especially when we are currently dealing with a refugee crisis.

For me, Black History Month is about the definition of history, says Akin. Were living in history and were making it right now its not only about what happened with the Underground Railroad. Its a powerful feeling for Black artists when you walk in a room and see Black people telling a Black story and thats the default culture, the default aesthetic in the room.