Its been a weird week of Toronto electronic duos relaunching as solo projects. First, Ethan Kath released a new Crystal. 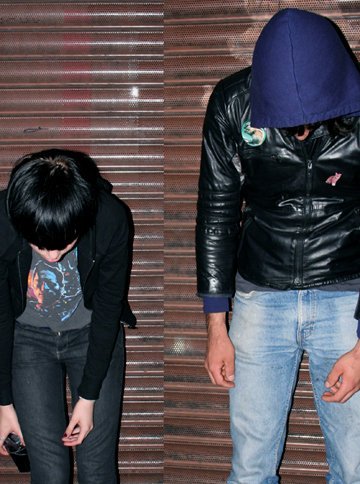 Its been a weird week of Toronto electronic duos relaunching as solo projects. First, Ethan Kath released a new Crystal Castles single, Frail, without the involvement of co-founder Alice Glass. He also included a rather snarky introduction to the track on the Soundcloud page, sarcastically wishing her well on her solo career, while taking credit for the bands best known” songs:

i wish my former vocalist the best of luck in her future endeavors. i think it can be empowering for her to be in charge of her own project. it should be rewarding for her considering she didn’t appear on Crystal Castles’ best known songs. (she’s not on Untrust Us. Not In Love, Vanished, Crimewave, Vietnam, Magic Spells, Knights, Air War, Leni, Lovers Who Uncover, Violent Youth, Reckless, Year of Silence, Intimate, 1991, Good Time, Violent Dreams etc.). people often gave her credit for my lyrics and that was fine, i didn’t care.

Kath later revised the comment, but the internet doesnt forget. Alice Glass responded with a series of tweets, saying that manipulative statements about my contributions to the band only reinforce the decision I made to move on to other things.

In a much less dramatic fashion, Toronto house music duo Art Department announced that they would also be parting ways, with Kenny Glasgow departing to focus on his solo career, while Jonny White will continue to work under the groups name. In contrast to Crystal Castles, both members released statements affirming that the split is amicable.