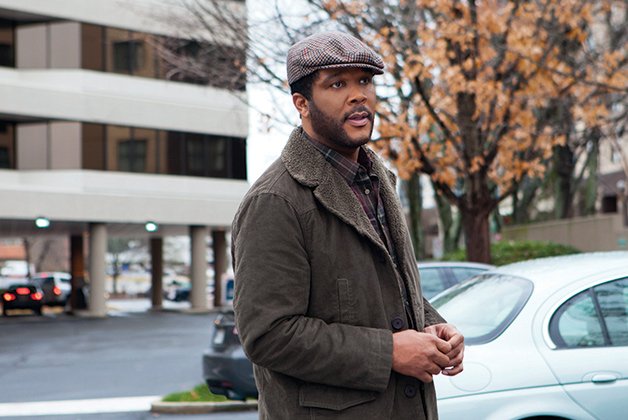 Tyler Perry’s The Single Moms Club squanders a premise that is tailor-made for the multi-hyphenate filmmaker’s strengths. For all his rampant flaws as a writer and director – the sudsy melodrama and sitcom rhythms – Perry has always done well empathizing with strong female characters and the issues they face.

This movie should have been Perry’s “Dear Mama” but instead of celebrating the resilience of single mothers, he creates a monotonous dramedy about five archetypal women whose salvation comes from wine, strip clubs and finding financially stable men.

The women here are representative of the social spectrum. There’s Jan, the snobby, white publishing executive (Wendi McLendon-Covey) who is so career-minded she doesn’t pay enough attention to her daughter. And then there’s Lytia (Cocoa Brown), a broke, black Waffle House server trying to make sure her youngest son doesn’t follow his older brothers to jail.

The preposterous scenario Perry uses to get such diverse characters together involves a private school that apparently punishes parents for their children’s misbehaviour. A group of pre-teens get caught smoking and tagging walls with graffiti, so the principal lassos the parents, all single moms, and forces them to organize a fundraiser for the school. That’ll teach them.

This gives way to the formation of the titular club, where the women vent about their individual burdens, give each other superficially helpful tips and take turns babysitting so the rest of the group can meet men.

The class tensions between them initially provide some mild comedy before withering away into a non-issue. After bending over backwards to get the rich white woman and the po’ black woman together, Perry’s too lazy to make that scenario resonate.

There’s a fine cast here, particularly Brown and McLedonon-Covey, but they can only manage so much with Perry’s fast food, drive-thru production values, with plot turns and gags that joylessly repeat the same old motions. This is Perry’s third feature within a year (he also directed two TV shows), so it’s not surprising that the Single Moms Club feels like it was slapped together by someone who is ready to take the next order.