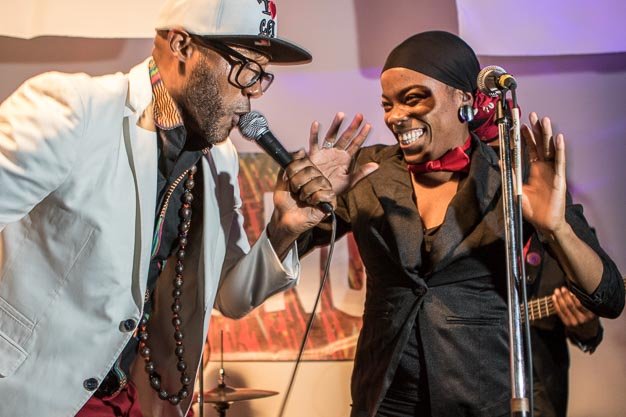 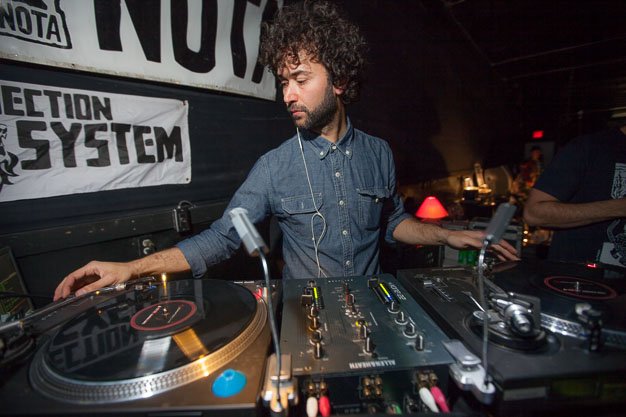 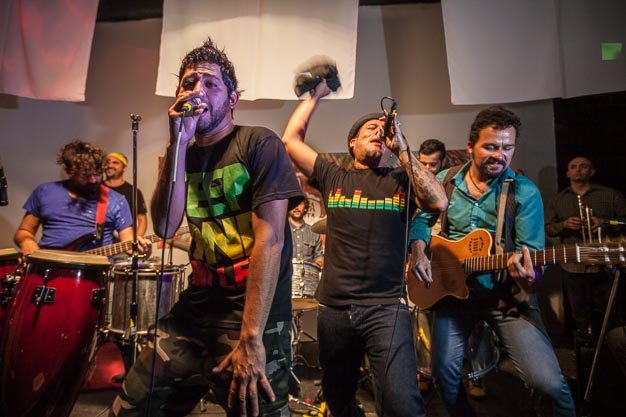 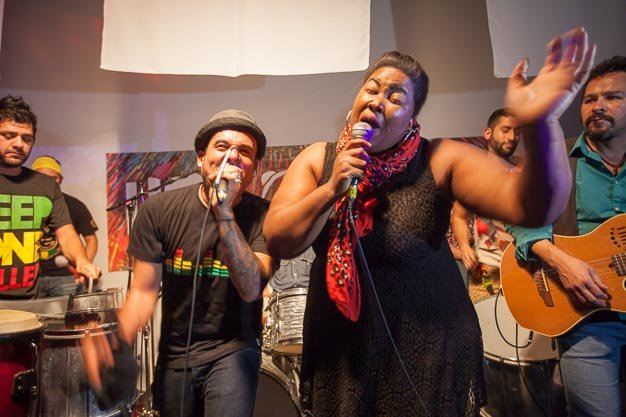 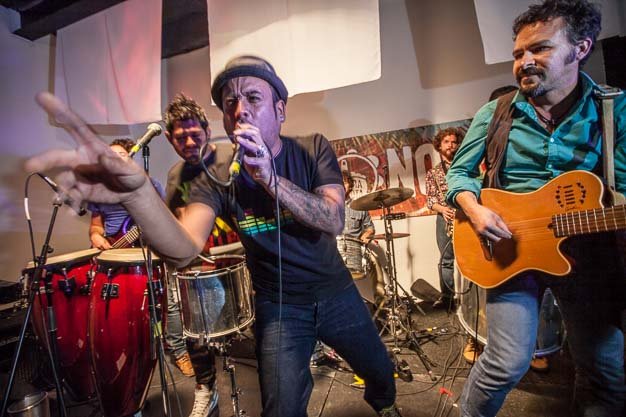 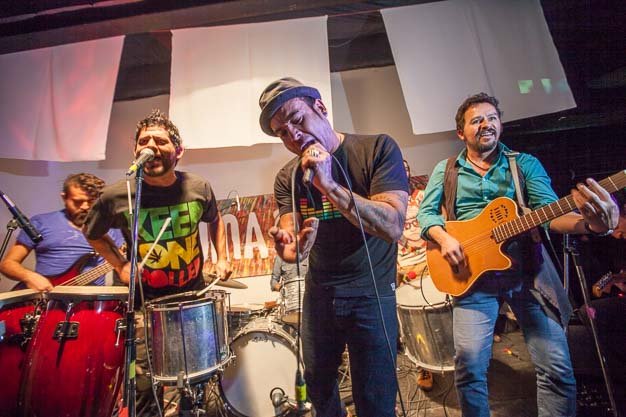 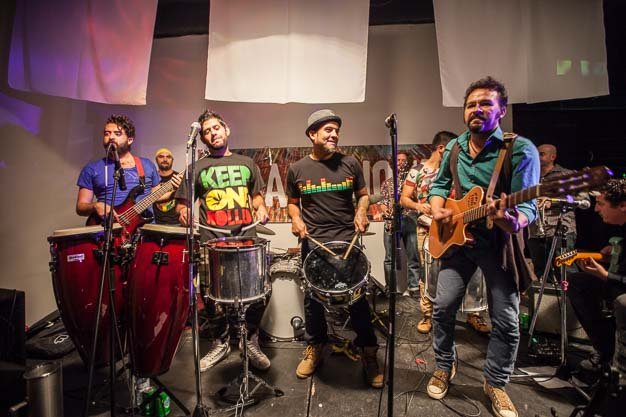 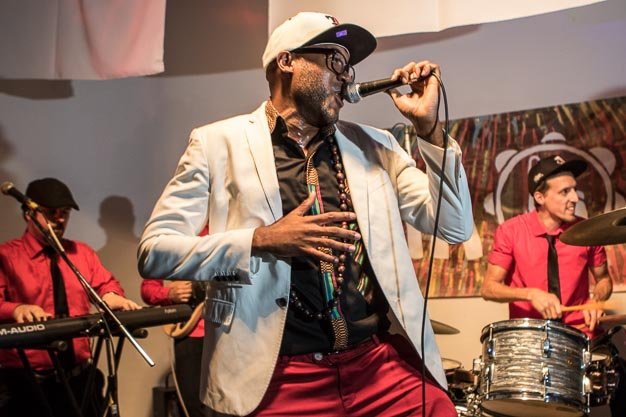 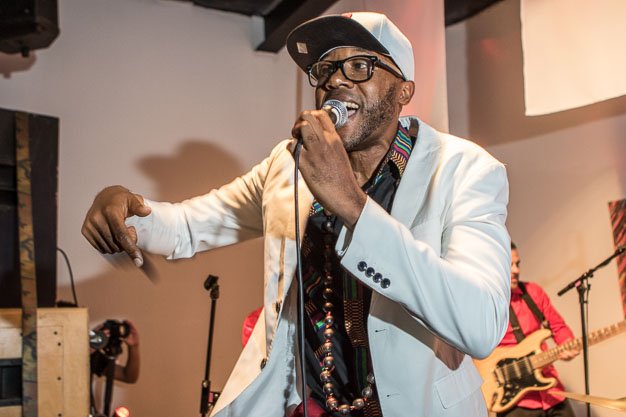 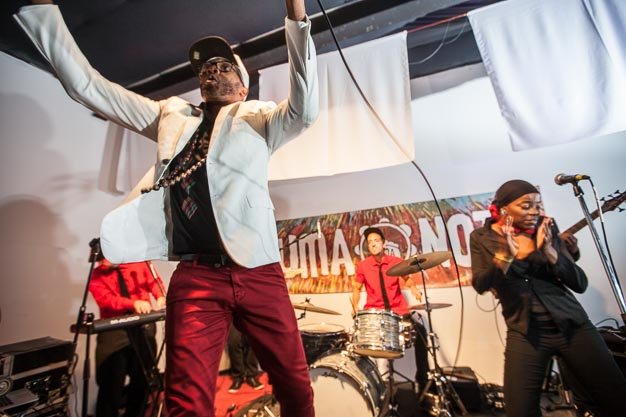 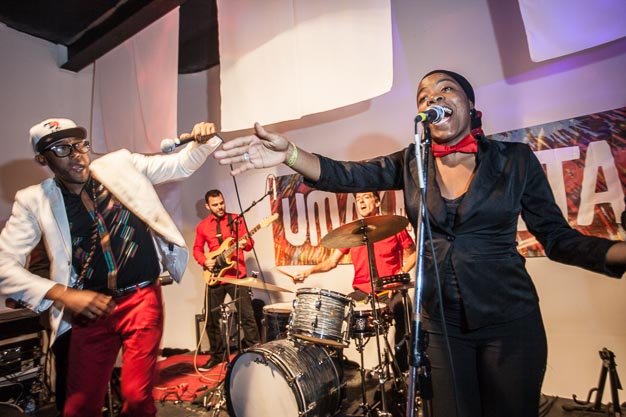 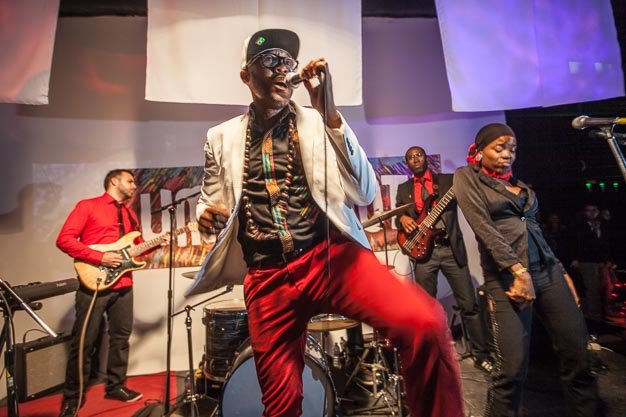 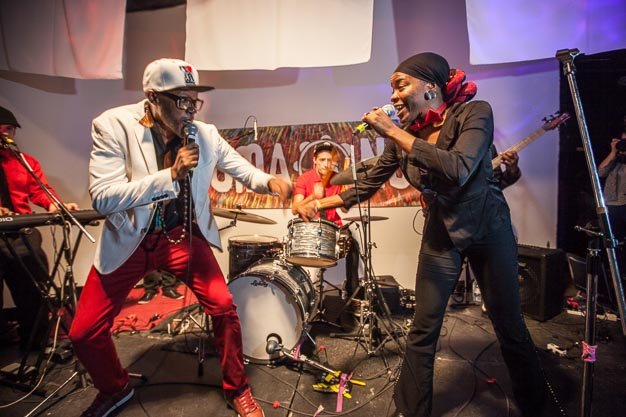 The first night of Uma Nota’s fifth annual Festival Of Tropical Expressions made it a bit easier to forget the plummeting fall temperatures. Their Saturday night warehouse party showcased a diverse array of sounds from sunnier climates, featuring two live acts who proved that Torontonians don’t always need a DJ to fill the dance floor. Not to put down selectors K-Zar and General Eclectic though, as both kept the warm vibes flowing between bands and late into the night after.

T-Dot Sound Crew combined Brazilian and Latin sounds with reggae, filling the room with their big percussion section and horns. Guest vocalist Lady Son was easily the highlight of their set, and well worth checking out on her own. Montreal’s Vox Sambou also borrowed heavily from reggae, but in his case mixed it with Haitian influences and elements of hip-hop. He’s a magnetic frontman, and boasts an impressively tight backing band who effortlessly bounced between styles, just as smoothly as his lyrics moved between French, English, Creole, and Spanish.