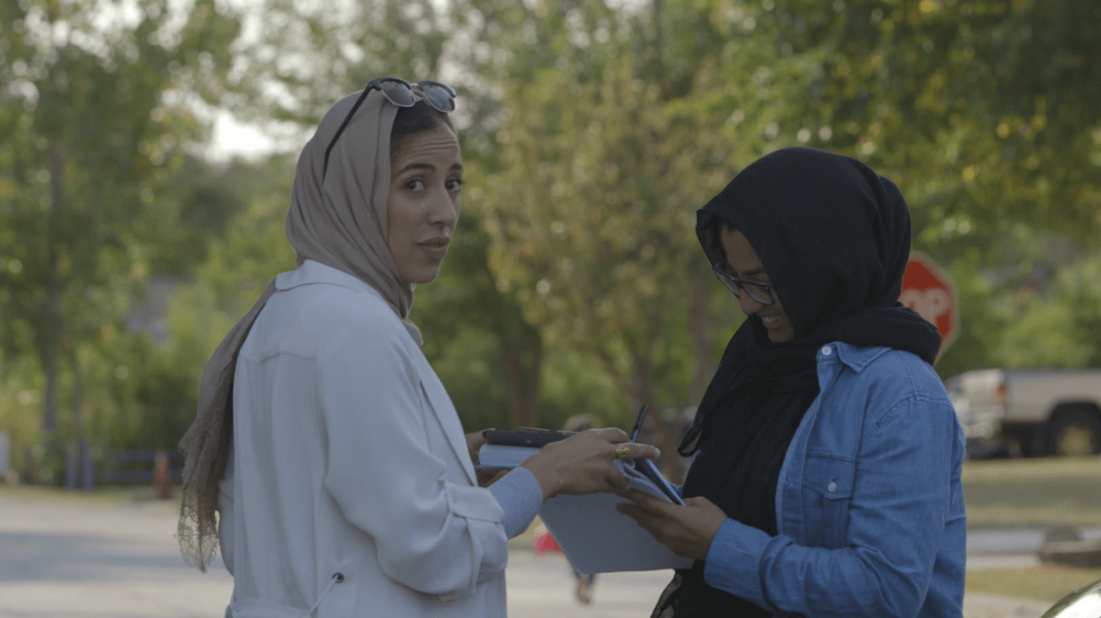 The Feeling Of Being Watched (dir: Assia Boundaoui)

When journalist Assia Boundaoui wanted to create The Feeling Of Being Watched, an investigative documentary about a decades-long surveillance program by the FBI of Arab-Americans in a Chicago neighbourhood, she brought the idea to Toronto for Hot Docs Forum.

The forum is an intense American Idol-style pitch session: filmmakers and their producers meet 15 judges, made up of funders and reps from networks like HBO, PBS and CBC, at a large boardroom to share their idea. Behind them, an audience of 200 to 300 funders and onlookers observe the proceedings over the course of two days.

“It’s intimidating, certainly,“ Boundaoui says on the phone from Chicago. “They ask you a bunch of really difficult questions in the latter half of the pitch, but it’s great because it forces you to answer questions that are going to come up over and over again about your project. I’d never done a public pitch like that, and that was really daunting, but we did really well.”

Boundaoui won $25,000, the second-place prize for best pitch at the Forum, and it also helped the project get attention from other funders and potential future distributors. The Feeling Of Being Watched, now complete, will be screened at Hot Docs this year as part of the festival’s World Showcase Program.

Hot Docs is known all over the world for its stellar programming and commitment to sharing the world’s real-life stories, but lesser known is its year-round support for documentary filmmakers all over the world. Hot Docs Forum hosts pitches for 20 projects from 20 countries, and awarded more than $100,000 in cash prizes. Robert Greene’s Bisbee ’17, a film about a US border town grappling with its century-old deportation of 1,200 immigrant miners, was pitched at Hot Docs Forum and was screened at Sundance. And Canadian Joel Bakan’s 2003 film The Corporation, which is part of the Hot Docs Redux program this year, was pitched at the very first Hot Docs Forum.

At Hot Docs Deal Maker, 60 films were pitched to buyers at 700 meetings, all coordinated by the festival’s staff. Lisa D’Apolito’s Love, Gilda, a documentary about the wonderful Gilda Radner was pitched at Deal Maker.

Hot Docs’ director of industry programs Elizabeth Radshaw is proud of the funds and development programs available to filmmakers, which she says are some of the best in North America. Year-round, she and her staff of six travel to other festivals or cities hosting distribution, marketing or budgeting workshops for the filmmaking community. But really, she says, it’s the money that makes the biggest difference to documentary filmmakers.

“People think it’s magic that makes documentary films,” she says. “But it’s money. And we help to get these films made.”

From 2008 to 2016, the Corus-Hot Docs Funds awarded a total of $4 million to 147 Canadian documentaries with no-interest development and production loans.

“These loans are an incredible thing and one of the most necessary for filmmakers to see if their story has legs, or if they know it has legs to get proof of concept material,” she says. “Production grants are amazing because they’re what can bring films over the finish line.”

In addition, Hot Docs launched the Hot Docs-Blue Ice Group Documentary Fund, which supports African filmmakers. Projects can get as much as $10,000 in development money and up to $40,000 for production, and each year five projects are selected for a year-long mentorship program.

Building on the success of Blue Ice, Hot Docs launched the $1 million CrossCurrents Doc Fund, initiated by the R&M Lang Foundation in 2013. The fund focuses on emerging filmmakers from underrepresented or marginalized communities, and gives $10,000 and mentorship to short, interactive or experimental films. In 2016, the Panicaro Foundation started another stream – the Theatrical Stream – with a maximum $30,000 grant per project.

And Hot Docs is currently accepting applications for its Hot Docs Ted Rogers Fund, a $1 million production fund that awards up to $20,000 to three or four projects per year.

“There’s a lot of people who work incredibly hard on films and they don’t get seen,” Radshaw says. “Or they have ideas that they want to make a film, and their artistry is their focus, and not their business acumen or their ability to market their film out to an audience. And that’s where I know my skill set is. And that’s the thing that gets me excited.”

Visit the Hot Docs Digital Residency to learn more about this year’s festival.