Uncle Marty, are you kidding me? 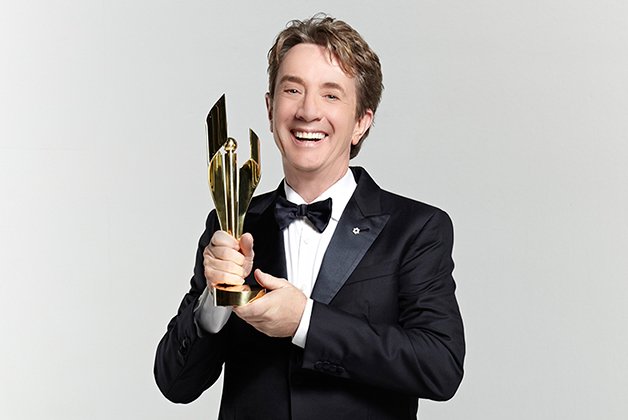 Martin Short and his writers stooped to some unbelievable depths in his opening monologue and song at the Canadian Screen Awards last night.

The show, which began with a series of breathless red-carpet interviews with happy nominees, finally shifted to the mainstage 20 minutes in when Short came out to tell a few jokes. Bad jokes. He started by saying how happy he was to be in Toronto now that we’ve legalized crack. I like Rob Ford jokes, but make them funny, please. Where are Short’s SCTV writers when he needs them?

It all went to ratshit when Short delivered his opening song welcoming all the women who lose in their categories to come to Uncle Marty: he’ll make them all feel better.

Super-icky, and the creep factor was off the charts when he actually descended into the audience to sing directly to some of the (mostly young – like 40 years younger) female nominees.

Every time a female came out to present after one of Short’s leering introductions, you felt she was doing everything she can to regain some dignity.

Speaking of dignity, the event got a major dose of that when the Canadian Screen Academy gave David Cronenberg a lifetime achievement award. The tribute reel was spectacular, Jay Baruchel was completely authentic when he talked about Cronenberg’s influence and weirdness and Viggo Mortensen called the American Academy’s failure to recognize Cronenberg “utter bullshit.” For a few minutes, you could almost forget that this was a showbiz event.

Then Cronenberg capped it by almost crying when he thanked his wife for her support over the years.

Coming early in the show, the presentation almost offset the host’s repulsive performance. But then Short kept coming back to do more piss poor material, including a joke in which Short, dressed like as the puppet Leon, said Dave Foley looked like a bouncer at a lesbian bar.