NOW MagazineMovies & TVNews & FeaturesUnited In Anger: A History Of Act Up

United In Anger: A History Of Act Up 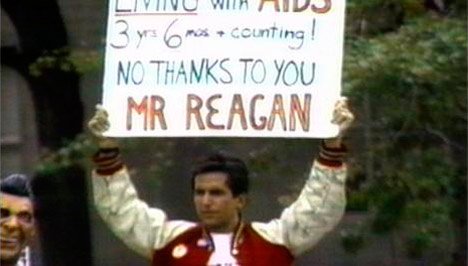 A key film in Hot Docs’ Rise Against series, United In Anger takes a look at the AIDS Coalition to Unleash Power (ACT UP), a direct action grassroots group formed in the late 1980s in the U.S. Its objective was to change policy around AIDS funding and treatment and perceptions of people with AIDS via beautifully orchestrated – and in-your-face – protests.

For many involved, it was a life-or-death situation. The number of AIDS deaths was mounting exponentially while governments remained passive, the FDA stalled on testing treatments and the Catholic Church kept calling for people to stop using condoms.

Mining lots of fascinating archival video, director Jim Hubbard captures many of these change-provoking demos, interweaving talks with former members to get a sense of the range of issues involved.

At times the information is sprawling and overwhelming, but this is still a terrific, inspiring account of an organization that became a model for other activist groups.