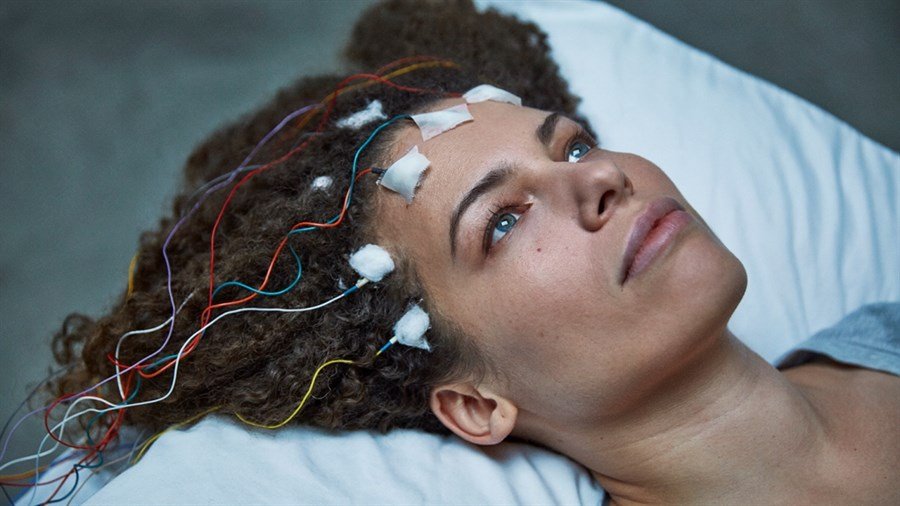 Unrest is a first-person documentary about life with myalgic encephalomyelitis, formerly known as chronic fatigue syndrome. Jennifer Brea, who developed ME after a high fever at age 28, uses her own case as a jumping-off point for a larger investigation of the condition, which is estimated to afflict some 17 million people worldwide.

Connecting to other ME sufferers online, Brea shows us what it’s like to exist in a physically limited space. Her perspective leads her to some fascinating moments – like a young woman in England who notes that she’s grown 4 inches while bedridden with ME – and she’s determined to record her own darkest moments, both physically and emotionally.

It’s excruciating to watch Brea suffer a relapse on-camera, but even more so to see her break down over the idea she’s depriving her husband, Omar Wasow, of a fulfilling relationship by forcing him into the role of nurse and caregiver.

If you can bear it, Unrest offers flickers of hope. Brea doesn’t accept the idea that there’s no treatment for ME, trying experimental drugs and pushing medical professionals to go beyond conventional wisdom to see what might be possible. This isn’t an easy film to sit through, but it’s a worthy one.