We stayed at Luminato’s Unsound Toronto till 4 am

And despite some festival growing pains, it was magic 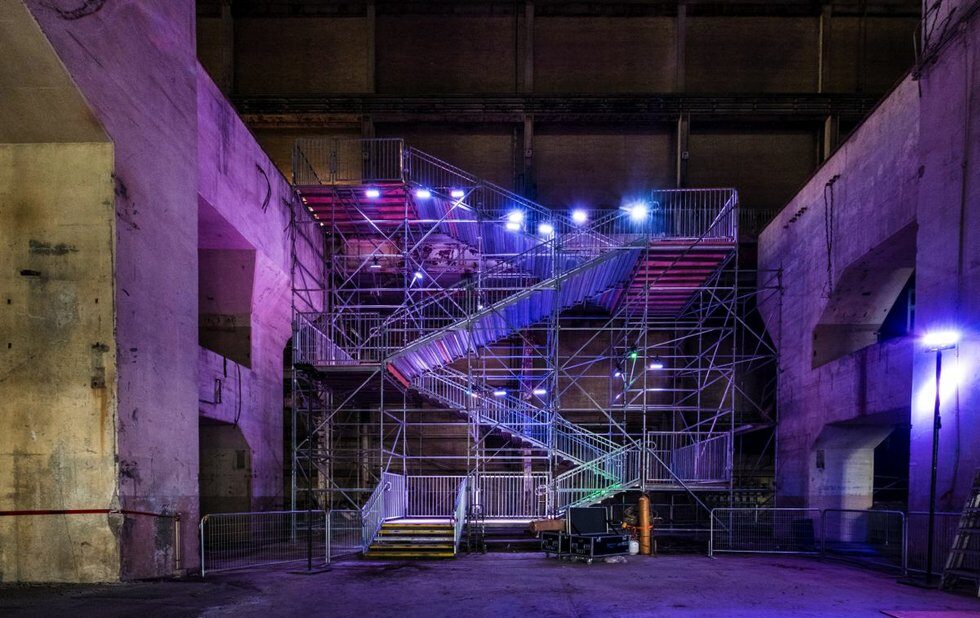 The debut of Unsound last year at the Hearn Generating Station made a major impression on Toronto, and was for many the highlight of Luminato, if not the whole year. This year, Luminato moved its festival hub to that massive abandoned building and gave Unsound a much higher profile.

Unfortunately, the success of the Polish experimental music event brought with it some issues that parallel the growing pains that Nuit Blanche has experienced. It was immediately clear on Friday night that organizers weren’t prepared for just how many people were willing to travel down to the Port Lands for a night of drones and bleeps.

There were huge, disorganized lines to get in, to access the side room and to get drinks, which made it impossible to catch the acts you’d planned to hear. This was largely remedied on Saturday, although attendees still faced extremely long waits to enter the side room, which amplified some patrons’ aggressive attitudes.

As with Nuit Blanche, a large portion of the crowd was clearly more interested in a wild party than the actual art. You don’t generally expect attendees at techno and ambient concerts to be so pushy and rowdy, but that’s unavoidable when an event attracts so many people from outside the scene.

That said, there is no denying that there’s something magical about Unsound. Both Tim Hecker on Saturday and Sunn O))) on Friday sounded amazing in such a cavernous space, and the echoing acoustics gave their distinct approaches to drone music a uniquely physical quality. The lack of rhythm and melody might have confused those looking to party, but it firmly established what the event was supposed to be about.

The more danceable acts were largely confined to the side room, which often had a techno warehouse party feel. Jlin’s abstract take on busy Chicago footwork rhythms was one of the highlights of Friday’s programming, and Aurora Halal’s refined melodic techno set on Saturday was memorable.

Hamilton duo Orphx played the final set of the weekend in the side room, and their industrial techno beat-down was the perfect ending, leaving everyone in the room looking like a sweaty mess when the lights came on at 4 am.