Steve Gonzalez is back with Baro 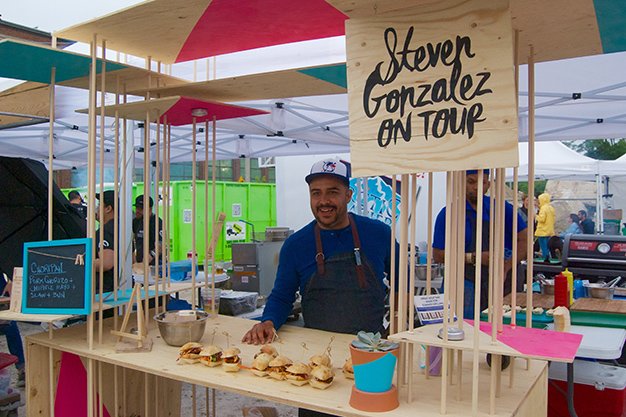 King West restaurant Valdez closed this spring, to the consternation of those who loved Latin American street eats and a good party. But though he hasn’t been working out of a fixed address, chef Steve Gonzalez hasn’t exactly been tough to find. He spent the summer under the Steven Gonzalez On Tour banner, trucking between pop-ups and food fests inside a kitchen trailer done up to promote his next restaurant.

That spot is Baro (485 King West, at Brant, 416-363-8388, barotoronto.com). Not to be confused with the similarly-named chopped salad shop on Queen West, Baro promises a slightly more modernized spin on Valdez’s street-food concept, along with a year-round heated patio and a second-floor raw bar.

Baro isn’t set to open to the public until September, but if you’re dying to get in there before the King West after-work hordes descend, Gonzalez is hosting an exclusive ticketed dinner on August 25. The Latino Street Block Party, co-hosted by the folks at U-Feast, will feature a taste of that raw bar (including oysters and tuna handrolls), plus pork shoulder, pizza empanadas, drinks and dessert. Tickets are $55 over at U-Feast.