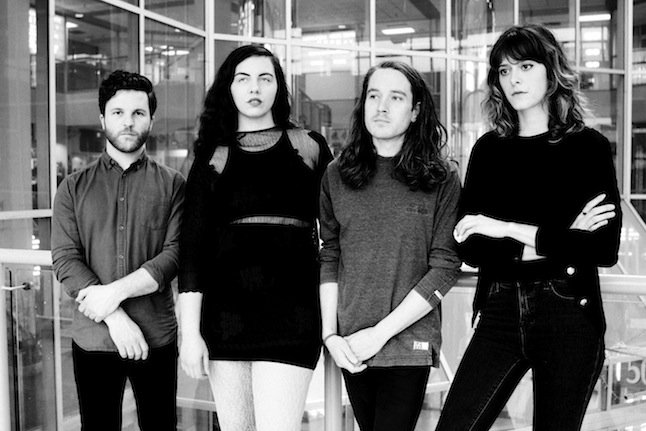 The Robyn Phillips-led project is dark stuff, hence the “goth-gaze” descriptor that follows them around, but despite the slow tempos, Phillips’s moan-like intoning and lyrics about rape, misogyny and addiction, somehow the songs uplift rather than drag you down.

For one, the band goes in for warm, round tones rather than sharp, cold ones. Phillips’s low singing is melodiously melancholic, and her guitar lines, cloaked in atmospheric effects, radiate positive energy. It’s her debut album – a bedroom solo venture now expanded into something more collaborative – and in a room full of supportive friends and fans, you could feel the celebratory vibe of a hard-won accomplishment.

Keyboardist Marta Cikojevic was a shadowy, dramatic figure in the corner, Colin Morgan was all hair and propulsive drum beats, while bass player Devon Henderson excellently filled in the low-end in a way that allowed Phillips’s guitar lines to sit comfortably in the mix. Now and then, the toughest, heaviest distortion kicked in like the sweetest, most satisfying drop.

The album being celebrated and which they played in full, Consent, was produced by Josh Korody, and it translated better in a smaller room like the Smiling Buddha than at the Garrison back in November. Phillips offered thanks to her support network midway through the set, the genuine happiness on her face reminding us that darkness and light can and do co-exist.