"Our egos are all on the back burner" 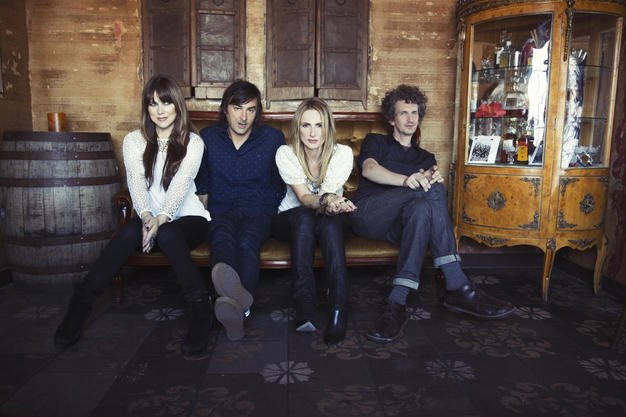 You’re in a wildly successful band, you have a tight friendship with your creative collaborator, you’ve written a perfect rock song – that’d be Seether. What could go wrong?

Ask Louise Post why her 90s outfit Veruca Salt – and her friendship with Nina Gordon – fell apart in 1997 and she’s pretty open: the duo didn’t have the tools to deal with fame and fortune.

She can’t even recognize the person she was.

“I feel like I’m miles away from her,” says the articulate singer, writer and guitarist on the phone from L.A. “I earned a healthy degree of humility over the years. I was a classic middle child who needed people’s attention. That’s what got me onstage. But I can’t sustain that level of desperation.”

Post and Gordon didn’t see each other for a full 14 years, during which they both released records – Post still using the band name Veruca Salt – and later became parents.

It was motherhood that helped bridge the gap between them. Gordon finally contacted Post a few years ago, and for a period they exchanged emails solely about their children. But eventually Gordon said the equivalent of “What the hell, let’s play.”

“That had to come from her,” Post says. “It really bothered her that I continued the band without her. I had to apologize for having hurt her that way. I see now that I could have released records under a different moniker and that that would have been as legitimate and as valid and possibly more freeing for me.”

They recorded two songs a year ago and – 20 years after the release of their startling debut, American Thighs – the band has reunited (including original bassist Steve Lack and drummer Jim Shapiro), released a new album, Ghost Notes, and brings it to Lee’s on Tuesday.

Their writing process has changed dramatically, not only because parenthood has compelled them to parcel out their time more carefully.

“The whole band has grown up. Our egos are all on the back burner. We used to be so astonishingly fierce about our ideas and how important they were. That was one thing that brought us to a screeching halt .”

So the breakup wasn’t about Dave Grohl, whom Post dated.

“That was a rumour,” she laughs. “It had nothing to do with Dave. Actually, there was a dude. We hate that that happened, and it’s such a cliché. I’ll leave it at that.”

Louise Post on what’s different about the band’s songwriting:

On playing again with Veruca Salt after 15 years: