Album of the week: Viet Cong 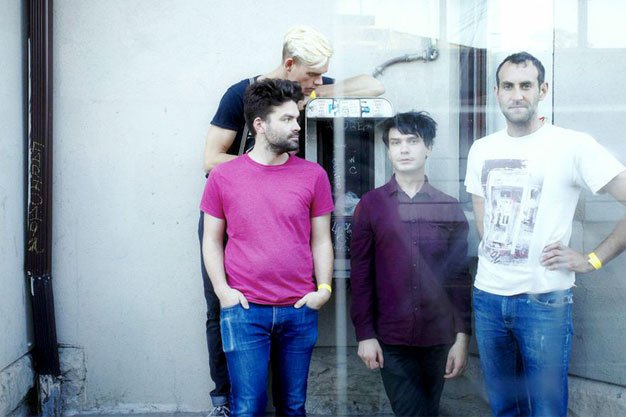 Last year, Viet Cong gave us the seven-track Cassette, which made clear the Calgary band’s apocalyptic, experimental outlook. Their self-titled debut full-length follows through on that but reduces the drone and adds more accessibility, melody and cohesion to the equation, making it one hella searing and impactful album to start the year off right.

The four-piece includes two members of sadly defunct Women, whose own noisy, abrasive tendencies won them lots of love. It’s a mystery how singer/bassist Matt Flegel (sometimes sounding like Spencer Krug) and company can combine frenzied shards of guitar lines, chilly ambience, bulldozer drumming and lyrical bleakness – “If we’re lucky we’ll get old and die” – into something so appealing.

For one, the songcraft is high, balancing repetitive groove with dynamic surprises. There’s so much variety here, from icy Joy Divisionesque excursions (Silhouettes) to Guided by Voices-through-an-echo-chamber mood (Continental Shelf) to melodic hooks (Bunker Buster) to howling post-punk fury (Death). It lends huge excitement to the project.

Eleven-minute closer Death is the perfect example: every few minutes it arrives at another astonishing place.