"It feels a lot less volatile than Women...." 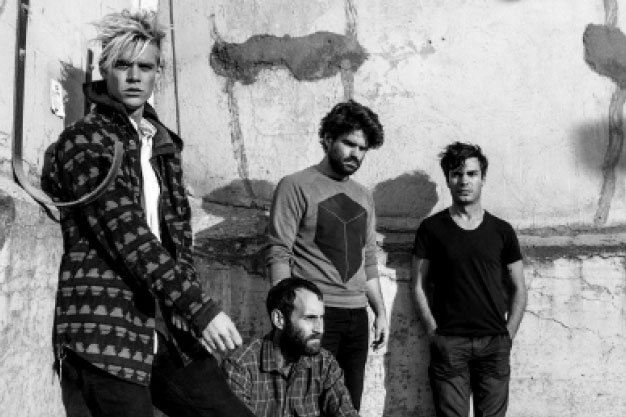 Calgary experimental post-punks Viet Cong formed in the aftermath of some trying experiences: the breakup of beloved noisers Women in 2010 and the sudden death of that band’s guitarist, Chris Reimer, in 2012.

Bassist/singer Matt Flegel and guitarist Scott “Monty” Munro (who is also in Chad VanGaalen’s live band) essentially spent the first year of Viet Cong’s existence experimenting in Monty’s basement, trying to figure out where to go next.

“I’d always written, but I’d never been the main songwriter in a band up until Viet Cong,” says Flegel from Nanaimo, where he has temporarily relocated. “It was great to have another vehicle to get some ideas under way.”

Though Flegel points out that Viet Cong wasn’t a direct response to Reimer’s death, he says the tragedy definitely got them motivated. “It made us want to do something,” he says. “I think that’s often what happens when people die.”

In 2013, they brought aboard guitarist Daniel Christiansen and ex-Women drummer Mike Wallace, fleshing out songs in their Calgary studio garage and releasing their Cassette cassette/vinyl EP shortly after. Then they kicked this year off right with an astounding self-titled album – NOW’s first 5N album review of 2015.

Crafted mostly through playing live – a Viet Cong concert is an explosive, must-see experience – the tracks are all dark, pummelling ferocity and breathtaking tangents set against lo-fi noise, shardy guitar and a gothy backdrop. They’re also incredibly melodic. Holy Fuck’s Graham Walsh engineered the album, getting the job in part because of his work on the METZ album.

“The response we’re getting has been great, so we’re all really pumped,” says Flegel. “The tour schedule is filling up like crazy. Everyone is excited to get on the road and play music. That’s why we do it.”

Flegel credits his band members as the reason so much is coming together.

“It feels a lot less volatile, personality-wise, than Women,” he says of his former band, which broke up after an onstage fight. “I knew what to expect with Mike. We were in Women together. Monty is the most positive person I know. Really motivated. He’s up for trial and error and will spend two days trying to find a synth tone, which I think is amazing.

“And Danny is a little energy ball. He’s consistently excited. He’s never done world tours before, so it’s nice to be able to see that. The excitement rubs off on everybody else. He hadn’t been to the States before we toured there last year. He’s not jaded yet.”