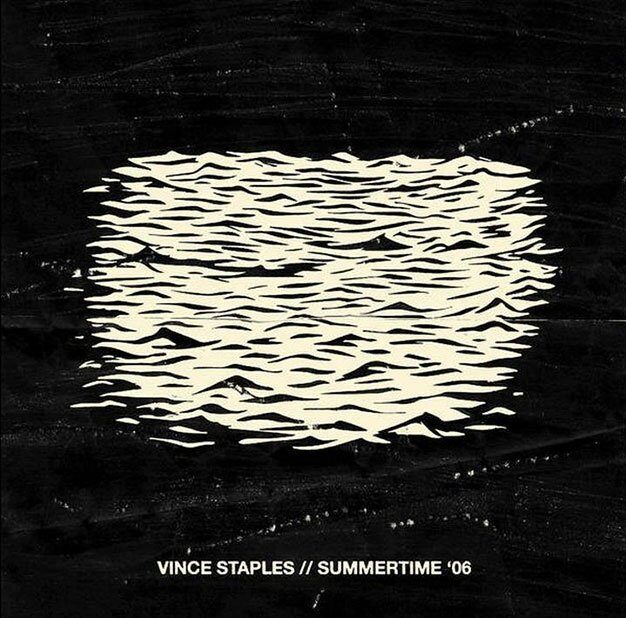 Vince Staples’s second EP opens with the Long Beach rapper lethargically singing a snippet from gospel tune This Little Light Of Mine (titled Let It Shine). It’s eerie, like something from a horror movie, but the unease it inspires quickly become less abstract as a gunshot explodes and Andre 3000’s final verse from ATLiens bursts through on War Ready. Over stark, heavily percussive production from English musician James Blake, Staples confronts the racist America contributing to his unravelling. “County jail bus, slave ship, same shit,” Staples spits. “A wise man once said that a Black man better off dead / so I’m war ready.” But as Andre 3000’s bars assert, he’s using a very specific tool: “Put my Glock away I got a stronger weapon that never runs out of ammunition / so I’m ready for war, okay.”

The weapon, of course, is his voice. Staples’s dizzying rhymes, breakneck flow and kinetic live performances – along with 2015’s breakthrough Summertime ’06 – have taken him to the top tier of hip-hop’s best young artists. Yet he is anything but comfortable. Prima Donna bristles with paranoia, anxiety, depression and anger about racism, violence, the music industry and his own psychological state. Loco distills all that. Staples’s vicious, suicidal fever dream sees him alluding to Van Gogh’s mental illness and dropping references to The Great Gatsby and James Joyce, as a disembodied Kilo Kish speaks to him through a mesmerizing, robotic hook. Smile touches on hopelessness and money’s inability to buy happiness. The skittering, Blake-produced closer, Big Time, is a clear statement that as “sick of” things as he’s getting, it’s not going to end his run. “You should’ve known ain’t no stoppin’ my wave,” Staples says to end things. How could anyone want to?