NOW MagazineNewsViolent homophobia not just a reality in Orlando it’s in Toronto, too

Violent homophobia not just a reality in Orlando it’s in Toronto, too

The day before the massacre at Pulse in Orlando, a Facebook friend posted about being punched in the face over. 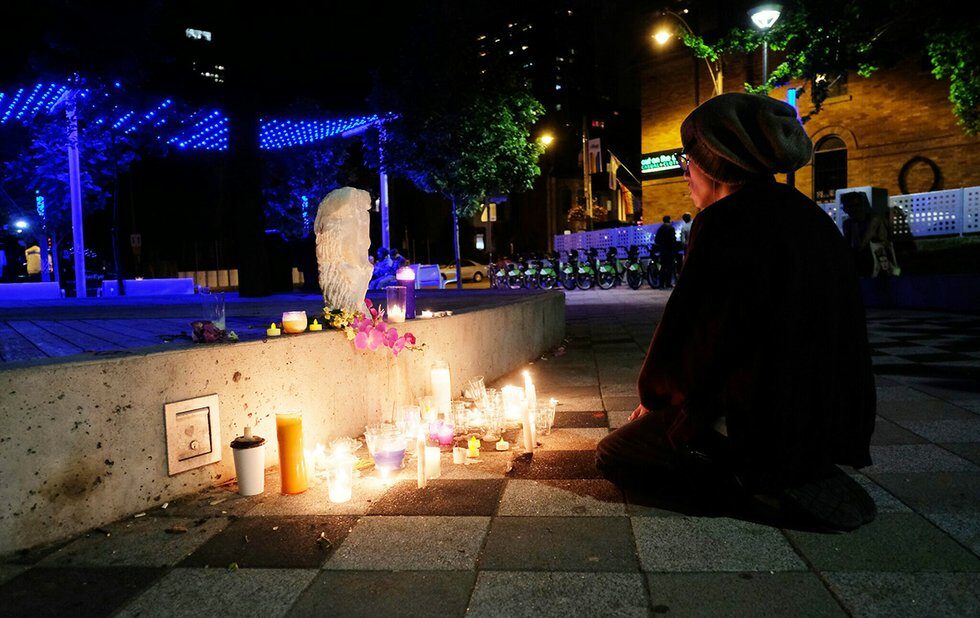 The Toronto Sisters of JOY

Violent homophobia isnt a reality only in Orlando, and its definitely not exclusive to ISIS.

Many straight people (media observers among them) are desperately trying to blame the mess in the Middle East for the Pulse massacre, perhaps clinging to the idea that the same hatred doesnt permeate society here. Over the last few days, Ive witnessed so many queer people putting in so much work patiently explaining to straight people that Omar Mateens rage was a symptom of the homophobia weve all experienced.

Every queers first Pride is a mixture of fear and joy. Theres the joy that comes from the safety of numbers, from not being the minority for a change. Theres still fear, though: of being caught on a news camera and outed, of being followed after leaving the security of the party, of someone like Mateen taking out their rage.

What happened in Orlando is a scenario that creeps into your head in even the queerest of spaces. Its not paranoia. Theres a long history of gay spaces becoming targets. The history of Pride is directly tied to fighting to take back those spaces.

The sight of Mateen posing in his NYPD shirts brings to mind the violence that very police force directed at the gay community, which provoked the Stonewall riots. It reminds us of Toronto police raiding the bathhouses to humiliate queers here, and how the protests against those raids gave rise to Pride.

Yet every year during Pride, we endure straight peoples complaints about outward displays of sexuality and hedonistic partying. Some of them even consider themselves allies. What they fail to grasp is that the history of the gay civil rights movement is intrinsically related to fighting for the right to party. This only seems shallow if youve never had to fight for that right.

You cant understand what happened in Orlando unless youve ever been scared to hold your lovers hand in public. Places like Pulse are sacred because they are still some of the few sanctuaries where that fear subsides.

We will not let Mateens hate take those spaces from us. We will not let right-wingers, who have relentlessly celebrated that same hate, absolve themselves of their own guilt by blaming wars of their making abroad. We will not let Orlando become yet another excuse to demonize and dehumanize Muslims.

Weve been expecting something like the Pulse massacre our whole lives. You do not have the right to tell us that it wasnt about homophobia. This is not your tragedy, and we will not let you twist it into yet more hate.

We will dance again this year at Pride, and no bullets or hateful bathroom laws will ever stop that.