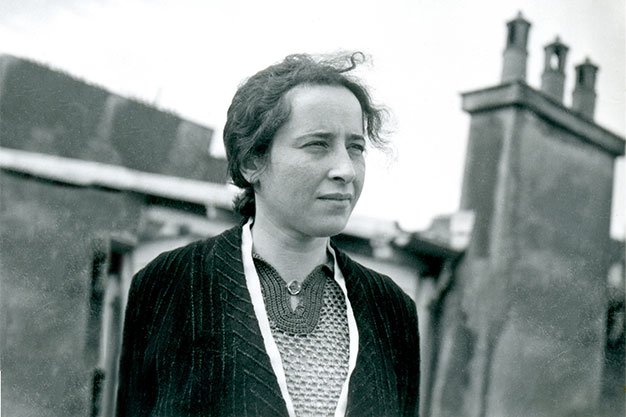 How do you deal with difficult ideas in a medium thats essentially visual? Thats the challenge for documentary filmmaker Ada Ushpiz, who has to distill the complicated philosophies of Hannah Arendt in Vita Activa.

She almost solves the problem interspersing commentary from current thinkers, quotes from Arendts correspondence with her lovers and teachers, archival footage of Europe from post-World War I to post-World War II and Arendts home movies but not quite. The visuals seem like filler, more so because the soundtrack that goes with them doesnt fit.

So what? Ushpiz manages to explain The Origins Of Totalitarianism, Arendts groundbreaking 1951 treatise, and fleshes out the concept of the banality of evil from Eichmann In Jerusalem, which has always been badly misunderstood. Thanks to a 1963 German TV interview excerpted often here, Arendt comes across as a fearless, independent, anti-ideological thinker.

In that same interview, you can see her steely temperament and how she came to be perceived as lacking empathy. She was far from perfect. Her blanket statement that the collaboration of Jewish Councils with the Nazis undoubtedly increased the death tolls was ill-considered, and its still not clear why she revived her relationship with the Nazi sympathizer Martin Heidegger.

But she was also ahead of her time. Displaced from Germany, displaced from Paris and then ex-communicated from the Jewish community after Eichmann In Jerusalem, she would have been a cogent commentator on the present-day refugee crisis. And she was one of the few observers of any stripe who noticed when Israel was born in 1948 that Palestines Arabs were being left out of the equation.

An excellent portrait of a powerful public intellectual.