Fear breeds fear: Vivek Shraya discusses our culture of fear, the role of entitlement and the idea of a good man

Vivek Shraya's I'm Afraid Of Men is a gift and a hell of a book beautiful, intimate, insightful and. 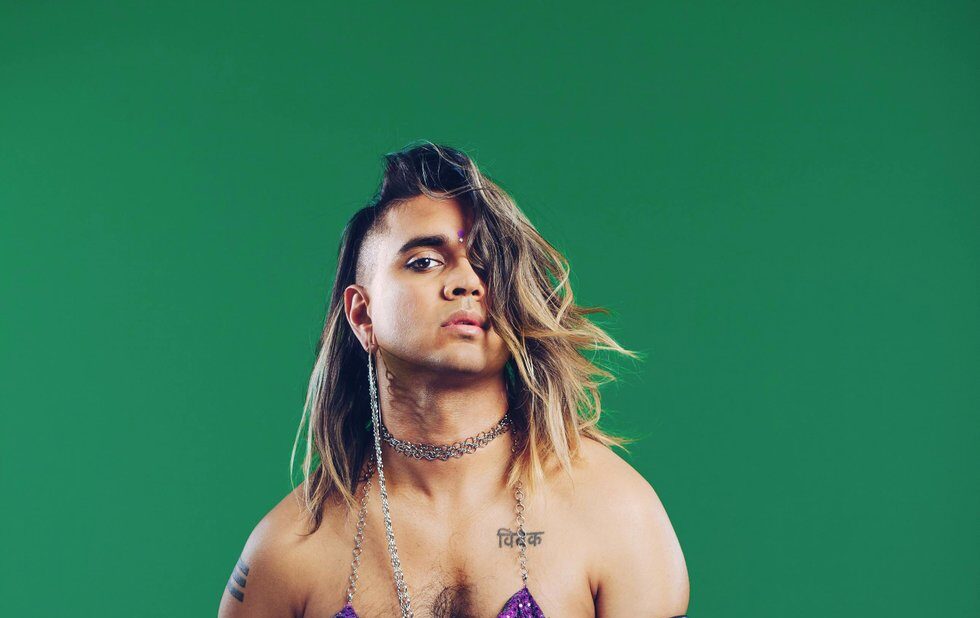 Vivek Shraya’s I’m Afraid Of Men is a gift and a hell of a book beautiful, intimate, insightful and essential. It caused so many thoughts and emotions for me. I found myself in many moments, some of common experience and some tinged with the shame for past behaviour. I welcome both, because I know I’m not alone in either. Together, Shraya and I explored some of the ideas and themes in the book.

Jesse Wente: Fear is in the title and much of the book. How do you see the role of fear in producing the behaviours that then in turn, cause you to fear? In other words, do you think your fear of men has a relationship with men’s fear of you?

Vivek Shraya: In my experience, fear breeds fear. The fear men have in relation to my “differences” has often resulted in their choice to harm or harass me, which has in turn, ignited my fear of them. The back cover of the book, which acts as a secondary cover, boldly states, “Men Are Afraid Of Me” as a way to allude to this cycle.

VS: When I was a man, I was perceived as slight and feminine by men, and therefore still incurred harm from other men. Simultaneously, I now see how certain behaviours of mine when I was a man, like raising my voice in conflicts with women, created fear despite my queerness. And truthfully, when women would tell me this, I was often defensive because of my lack of male privilege, and more importantly, I believed that my love for women and femininity took precedence in all of my actions. But you can be queer and love women and still conjure fear. When my initial defensiveness would wear off, I understood that my work as a man required me to be more cognizant of my behaviours in my interactions with women.

JW: You discuss the nature of “good” men, how we should reconsider our ideas of “good” men and how in redefining “good” men we must also define “typical.” But of course, this isn’t a binary either. How do we create a culture, one based in patriarchy, where this is possible? How can we measure our progress?

VS: In the book, I suggest that we move away from vague, moralistic and often religious categories likes “good” and bad” when defining men and masculinity. Instead, to measure progress, I suggest specificity. For example, instead of men striving to be good, can men strive to be better communicators, who are able to convey why they are angry or frustrated outside of violence? That said, I believe the real measure of progress can’t emanate from the oppressor but rather those who are oppressed. In this case, progress can be measured when women and gender non-conforming people feel more free and less afraid.

JW: One of my favourite passages (page 77) is on entitlement, which is such a powerful force and potent tool, yet for many, they are unconscious they’re wielding it. This is one of its core strengths. I wonder, like privilege, can we give entitlement away? Can those who have it, weaponize it for those that don’t? Are we able to parse out the entitlement that can be attached, not just to gender, but race and class as well?

VS: I like the idea of weaponizing ones entitlement for those who don’t have it, but entitlement is often connected to the self. If I feel entitled, its often for me, and seldom on behalf of a group of people. And if people with power feel entitled to act or speak on behalf of a marginalized group, perhaps they shouldn’t (there is an important distinction here between using your privilege to amplify or support marginalized voices, and feeling entitled to do so). While privilege is often an advantage that is bestowed, entitlement, however unconscious, is socially and self-constructed. And so, unlike privilege, the work around entitlement should be less about redirecting it and more about destroying it altogether.

JW: On page 61, you ask beautifully, “Why is my humanity only seen or cared about when I share the ways in which I have been victimized and violated?” This is something I’ve asked, as I suspect many of marginalized communities have. How do you balance those concerns when writing a book like this one?

VS: The only way I could get through writing this book was by asking this question, explicitly, on the page. If I am going to do the work of walking a reader through my experiences of violence, then it’s only fair that the reader be forced to confront the need for me to do this work for them to potentially grow. In short, making the reader accountable is how I struck a balance with this project.

JW: Can you imagine a life without fear?

VS: To reframe your question, and circle back to your first question: Can I imagine a life where difference isn’t feared? No. This means I often settle for being disruptive. And learning to live with my fears.

Jesse Wente has appeared on CBC Radios Metro Morning as film and pop culture critic for 20 years. He previously served as Director of Film Programmes, at TIFF Bell Lightbox, where he oversaw theatrical, Cinematheque and Film Circuit programming.

Vivek Shraya is an artist whose body of work crosses the boundaries of music, poetry, fiction, visual art, and film. A Publishing Triangle Award winner, her previous books include even this page is white, The Boy & The Bindi, and She Of The Mountains. Shraya is one half of the music duo Too Attached and founder of the publishing imprint VS. Books. She teaches creative writing at the University of Calgary. Her new book, Im Afraid Of Men, is on sale now.