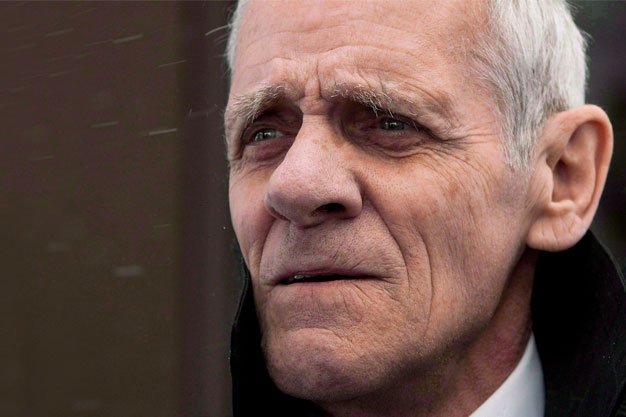 How much misery – and inspiration – can one room hold?

At last month’s first International Wrongful Conviction Day ceremonies held at the Law Society of Upper Canada’s Convocation Hall, you didn’t need to be a conspiracy theorist to catch the whiff of subterfuge in the machinations of the state.

The Association in Defence of the Wrongly Convicted (AIDWYC) – the group behind the new day (eight other countries participated) – has slogged more than two decades in the trenches to highlight the need to prevent and remedy wrongful convictions. AIDWYC’s work has helped free innocent individuals in some of Canada’s highest-profile cases, among them Guy Paul Morin, David Milgaard, Steven Truscott and Clayton Johnson.

More than a few of the exonerated were in attendance (those who couldn’t attend sent family members in their stead), milling about renewing acquaintances and every so often embracing so warmly that even observers could feel it.

There, noted defence attorney Julian Falconer spoke of the sense of “family on social justice causes.”

Mark Sandler of the Law Foundation of Ontario, which has funded AIDWYC to the tune of more than $2.5 million over the years, looked forward to “when we don’t need a Wrongful Conviction Day.”

Win Wahrer, AIDWYC co-founder and director of client services, got a raucous standing-o when she took the podium.

She said she’s still passionate about “the honour and joy” of serving the cause and drawing “inspiration” from the wrongly convicted, her “heroes.”

Someone who knows a thing or two about judicial mistakes was keynoter John Artis, wrongly convicted along with founding AIDWYC executive director, the late Rubin “Hurricane” Carter, for a triple murder. For all those in attendance, it was the latter’s absence that was the elephant in the room. Carter died after a struggle with cancer earlier this year. And his very public falling out with AIDWYC in 2005 left the organization without its biggest fundraiser and most famous advocate.

The jailing of innocent people is hard to process in general even more so with the victims in the room – among them Romeo Phillion, who served 31 years in prison for a murder he didn’t commit.

He didn’t take the mic but was nevertheless in everyone’s thoughts. He was the night’s special guest.

More than a decade after being released on bail (his conviction was finally withdrawn by the Crown in 2010) and filing a $14 million lawsuit against the province and two Ottawa police officers in 2012, he’s stuck in legal limbo.

If the juridical paper-shuffling that has characterized his case so far stays in play long enough, it will all just fade into nothingness.

Phillion was wrongly convicted (of the stabbing of an Ottawa firefighter in 1967) despite a police report on record corroborating that he was hundreds of kilometres away (in Trenton, Ontario) at the time. That info only made its way to Phillion by a fluke among documents released to him in 1998 during one of his numerous unsuccessful appeals.

Ultimately, that information won his release in 2003. The original conviction was jettisoned in 2009. In July 2014 the Ontario Court of Appeal decreed that Phillion’s compensatory claim could proceed.

But now that’s stymied by a Supreme Court of Canada appeal.

With Phillion entering his mid-70s in poor health (and reportedly living below the poverty line), the unpleasant thought must be uttered: is the intent of the authorities to wait him out?

“I just wish they would compensate me for all those lost years so I can live my remaining years with some financial security,” he says.

At AIDWYC’s office, meanwhile, the boxes of cases to review keep rolling in. Wahrer says the organization is always looking for volunteers. aidwyc.org