NOW MagazineNewsWANTED: A queer leader who knows community and can build bridges

WANTED: A queer leader who knows community and can build bridges

Now that Tracey Sandilands is gone, some new, smarter blood is required 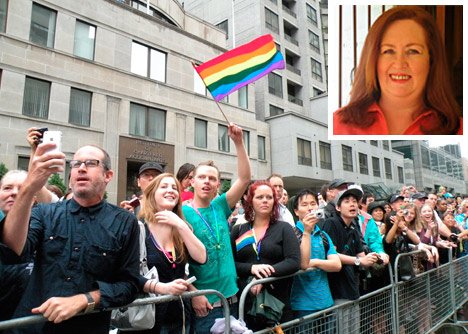 Goodbye Tracey Sandilands, hello…who? In the wake of the resignation of Pride Toronto’s Executive Director, Pride has to start desperately seeking a skilled replacement, someone who understands our city, knows the power of the queer community and has an ability to negotiate with diverse players – from the banks to city council.

While at a community meeting held last night, critics were raging over the fact that Sandilands’s partner Janine Marais got a hefty consulting fee for services rendered – $40,317, to be exact (more on this matter later) – Sandilands’s problems go way beyond that.

To be fair, she had to deal with a perfect storm of events – losing that chunk of change from the feds’ Marquee Tourism as well as sponsors in the wake of the Queers Against Israeli Apartheid affair – but there was a way these stebacks could have been handled such that Pride Toronto would not be in the financial mess that sparked Sandilands’s departure.

When Prime Minister Harper took away the Marquis Tourism Events file secretary of State for Small Business and Tourism minister DIane Ablonsky because she had given $400,000 to Pride Toronto, where was Sandilands? She did not manage to galvanize the queer community, lobby pro-gay politicians or demonstrate to the feds the force of Pride Toronto. We heard more from EGALE’s Helen Kennedy about the issue than we did from Pride Toronto’s Executive Director. Without a successful campaign, it was a given that Pride Toronto would not get the Tourism dough the next year.

As for the Queers Against Israeli Apartheid saga , that was mismanaged from the start (See Josh Hume’s story). Sandilands was flip flopping all over the place in a way that could only piss off everyone. First, Pride wasn’t going to let QuAIA march (See my story), then they were. Then she couldn’t figure out a way to get city council’s diversity issues people to give Pride some clarity.

Sandilands went into panic mode from the start. A skilled negotiator and someone who knew the Toronto and the Jewish and Queer community – here’s where Sandilands’s status as an outsider from South Africa comes in – would have been able to head off the crisis before it turned into a full boil. True, the Palestine/Israeili conflict is a tough one to handle. But I don’t care how powerful the Jewish community is in Toronto, no way a first-time filmmaker like Martin Gladstone should have had so much more impact on the issue than a smart leader of Pride who underdstood how to protect the festival’s interests. But that leader would have had to understand the roots of Pride and how to articulate their importance to Pride’s key sponsors.

Personally, I don’t care that Sandilands hired her girlfriend. Had Sandilands not made so many missteps during her tenure, Pride would still have the funds to properly pay their programmers and their consultants, no matter what their relationship to the Executive Director.

Now it’s time for Pride to hire a skilled leader – if they can find someone willing to step into the morass. Find someone with a strong Toronto history, someone who gets our city, grasps its politics and can lead Pride towards World Pride in 2014.