War and other concerns

A must-see screening at the Lightbox, and some strange tidings at the Royal 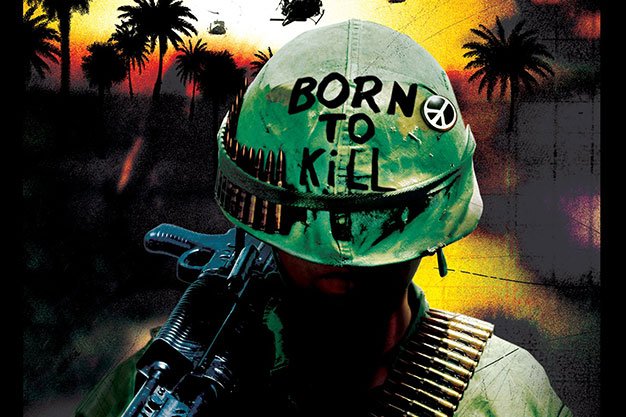 You’re probably distracted by all the Oscar contenders crowding our screens – your Wilds, your Imitation Games, your Foxcatchers – but there’s something to be said for taking time out and seeing a classic. And it just so happens that Full Metal Jacket is screening tonight at 6:30 pm at the Lightbox.

In addition to being Stanley Kubrick’s final masterwork and having a first half that genuinely benefits from being experienced in the confines of a theatre, it’s being introduced tonight by my good friend and colleague Adam Nayman, who will have interesting things to say about its production and its cast, and – I’m guessing – Kubrick’s refusal to leave England leading to the redressing of a decommissioned coke-smelting plant in East London as the war-torn city of Hue.

Tickets were still available at press time. You should go. And maybe catch the exhibition this weekend, while you’re thinking about it time’s running out, after all.

In other news, if you missed last night’s Muff Society presentation of Spice World at the Royal, there’s a repeat screening Sunday (December 14) at 4 pm. It’ll still be Spice World, of course, but the people behind the Monthly Underground Female Film Society seem to have their hearts in the right place.

The Royal has a bunch of odd things lined up this week, including a Kid Power Matinee of the Nelvana animation chestnut A Cosmic Christmas and a few other holiday toons at 2 pm Saturday (December 13) the Christmas theme continues with a Mystery Movie Night at 7 pm Wednesday (December 17) featuring “a hard-boiled xmas neo-noir … unfairly maligned by critics, audiences and even its cast upon its release.” I can’t remember —was The Last Boy Scout set over the holidays? Shane Black co-wrote it, so the odds are better than average.

And speaking of neo-noir, the Royal’s also giving Jim Mickle’s grim thriller Cold In July a big-screen run this week, starting tonight. Which is nice, because Ryan Samul’s moody imagery and Sam Shepard’s measured performance as a very bad man whose path Michael C. Hall’s unassuming homeowner happens to cross don’t really pop on Netflix or DVD … where the film has been available for several months.

That’s weird, right? A movie opening theatrically after a season on video? (Mongrel Media released Cold In July on DVD and Blu-ray in September I found it on Netflix shortly after that.) But this has been a year of odd release strategies, so I guess one more won’t make that much of a difference. And any movie you haven’t seen is a new movie, after all.