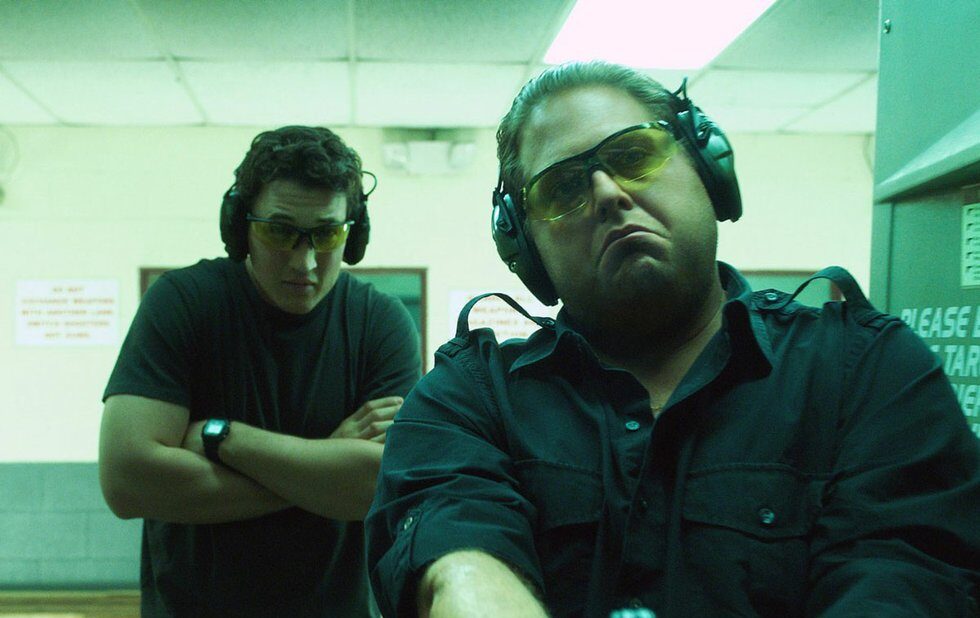 As boneheaded celebrations of runaway capitalism go, War Dogs isn’t the worst thing I’ve ever seen. It moves well and it looks good, and it has a surprisingly great performance buried deep inside it. But it’s a movie you’ve seen before, and more than once.

Todd Phillips’s follow-up to the Hangover trilogy plays like the military-industrial-complex version of The Big Short and The Wolf Of Wall Street, though producer/director/co-writer Phillips is far less elegant in his storytelling than either Adam McKay or Martin Scorsese.

He’s just thrilled to ride along with his eager, ethically flexible heroes – played by Miles Teller and Jonah Hill – as they plunge into the murky world of low-level military supply circa 2005. They zip around in matching Porsches living off the “crumbs” that bigger contractors won’t bother to chase, underbidding rivals for relatively modest contracts with the Bush II government to keep ordnance flowing to soldiers Iraq and Afghanistan. And all the while, they’re working their way up to a massive arms deal that will, of course, be their downfall.

It’s the standard rise-and-fall narrative, with our boys riding high on success right up until it all comes crashing down around them. Phillips spares no expense on the flashy visuals and the classic-rock soundtrack, but he forgets that part where the audience – or at least the characters – has to be confronted with the awful cost of all the fun his dipshit heroes are having.

Teller and Hill have a good buddy act going, but the movie doesn’t let them go beyond that. Oddly enough, Phillips’s Hangover star Bradley Cooper (who also co-produced) turns in the most textured and thoughtful performance as a quietly monstrous middleman.

Or maybe it’s not that odd. He’s a pretty good actor.