NOW MagazineMovies & TVReviewsWarcraft delivers lots of war, not much craft

Warcraft delivers lots of war, not much craft 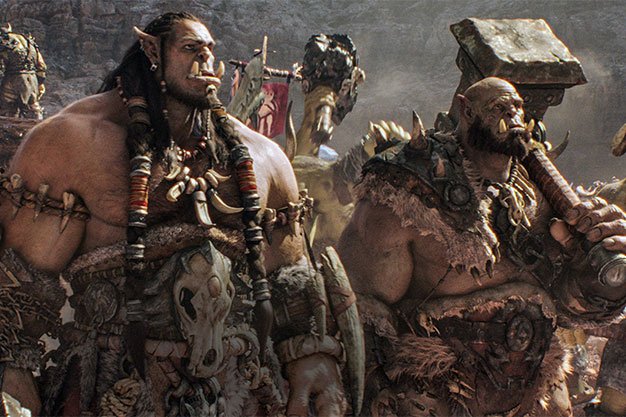 Warcraft is a gargantuan enterprise from beginning to end, determined to stomp the game’s fan base into submission with a full-blown IMAX 3D experience. But it’s so busy being awesome and textured that it forgets to give the audience a reason to care about anything that’s happening.

Having established himself with the smaller, more modestly scaled Moon and Source Code, director Duncan Jones has swung for the fences this time, delivering a massive fantasy action movie, expensively produced and exhaustively realized, that feels like third-rate Tolkien.

Spun out of the very popular online role-playing game, it’s a tale of the war between the humans of Azeroth and an army of brutal Orcs who’ve invaded from another world. Warcraft follows characters on both sides, hanging the human narrative on knight Lothar (Travis Fimmel) and young mage Khadgar (Ben Schnetzer) and splitting the Orc drama between conflicted chieftain Durotan (Toby Kebbell, in motion-capture) and Garona (Paula Patton), a half-human, half-Orc outcast who speaks the languages of both races and finds a kinship with Lothar.

That’s about as defined as anyone gets, and the actors aren’t allowed to come up with any shading or spark for their characters. Reliably charming supporting players like Dominic Cooper from the TV series Preacher and Ruth Negga are relegated to standing around making serious faces while Ben Foster chews the scenery as a master sorcerer.

The big battle scenes are just software fighting software – weightless, with cameras zooming over, up and through the action à la Peter Jackson’s Lord Of The Rings trilogy, but with none of the energy or eccentricity. The biggest shock comes at the end, when we realize Jones thinks we’ll come back for the sequel he’s so clearly setting up.