A new doc stands out in retrospective 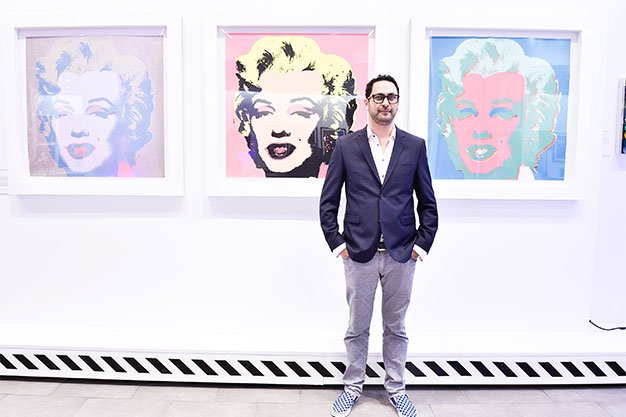 Andy Warhol has found a fitting home at this outpost of L.A.’s Revolver Gallery, in a posh shopping district where the older artist would have felt very much at home. Showcasing Canadian entrepreneur Ron Rivlin’s private collection, the gallery’s mandate is to represent Warhol’s work exclusively.

There’s nothing terribly new in this retrospective. The silkscreened images of celebrities, culture icons and socialites have been ubiquitous for decades. There are no excerpts from his immense catalogue of films or selections from his intriguing photographs of the superstars of the 70s. This is very much Warhol for beginners.

The revelation at the heart of the show is actually a new PBS documentary playing continuously in the middle of the gallery. Much has been said about Warhol’s meteoric rise as robotic style icon, but very little until now about his painful first decade and a half in New York City as a complete outsider.

In his 20s, the Pittsburgh-born Warhol was a successful commercial artist but a terribly shy gay man with little or no romantic success. His entry into the contemporary art world was resolutely blocked by the hard-drinking, masculinist ethos of the abstract expressionists, who shunned representation and commercialism of any sort.

Despite his talent for whimsical, Jean Cocteau-inspired drawings, Warhol was unable to find galleries to represent him. His first show, at an ice-cream parlour, sold not a single drawing.

That’s my take-away from this retrospective: Warhol’s later style was forged in this lonely first decade, when he reinvented himself as the inscrutable, silver-wigged icon we know  while at the same time remaking our notions of cinema and contemporary art.