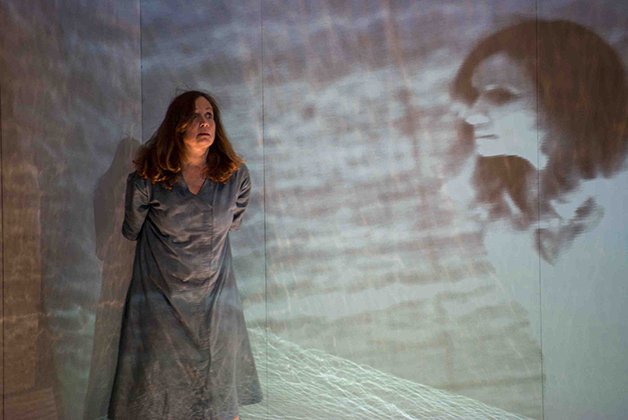 Ashley Smith’s suicide inside a federal penitentiary – witnessed but not prevented by corrections officers – is rich terrain for Judith Thompson’s exceptional talents. Her passion for social justice and empathy for marginalized characters are always tempered by her insistence on seeing an issue’s complexities.

In Watching Glory Die, inspired by the Smith case, she mines multiple points of view by creating three personae: Glory, the troubled inmate whose sentence keeps getting extended because of minor infractions Gail, one of the “screws” guarding her in a therapeutic quiet room, aka solitary confinement and Rosellen, Glory’s naive adoptive mother, who can’t understand how the sweet teen who got busted for throwing a crabapple at a letter carrier could wind up incarcerated for nearly five years.

Thompson plays all three, intertwining a series of monologues that convey the way all the characters are hopelessly trapped: Rosellen by her ignorance of the facts, Gail by the orders from above that she must obey and Glory by a corrections system that has no idea how to handle someone struggling with mental illness.

Technically, the piece is a wonder. Glory occupies a small square cell designed by Astrid Janson, sometimes prowling around her cage, sometimes just feeling the walls. The floor is a mirror that reflects and refracts Cameron Davis’s brilliant projections, and Debashis Sinha’s disturbing sound design adds to the unsettling experience.

Strangely, the play doesn’t deliver a powerful emotional charge. This may be, in part, because we know how it’s going to end, but it’s also because Thompson deals so elliptically with the mental illness issue: Glory has no business being in prison, and in a more enlightened world, Rosellen would recognize that Glory needs psychiatric attention.

Thompson’s performance is good, for sure – even without Janson’s small costume changes, we would be able to recognize the characters – but it lacks depth. Glory is the most fully realized, but that’s because her sequences have all that technical support.

The material, worthy as it is, may have been better served by a more charismatic performer.