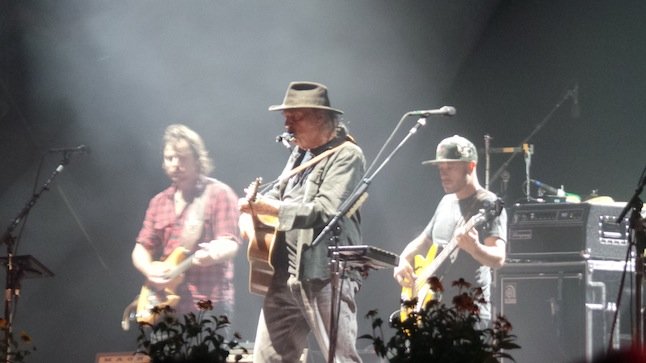 The inaugural WayHome festival in Oro-Medonte’s Burl’s Creek Park started early on Friday afternoon, when most of us were still stuck in highway traffic, but I managed to arrive in time for Courtney Barnett’s blazing 4:30 pm set beneath an equally blazing sun. It began loudly and grungily before settling down with new album song Depreston, which showed off her Aussie drawl, rough-around-the-edges voice and terrific lyrics. She really lets go, guitar-wise, when playing live, backed by a bass player and drummer, and the storm of noise and power they kicked up went over well with the quickly growing crowd. 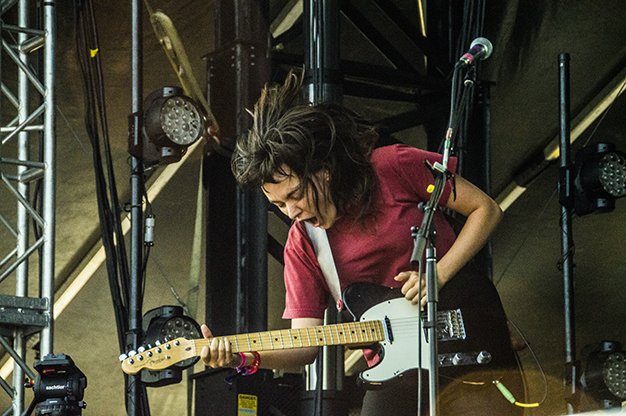 Across a large field at the WayBold tent, Toronto’s For Esme went on later than expected due the cancellation of Tobias Jesso Jr, and they worked a Churches/Metric kind of vibe with the sartorial sensibilities to match. Led by singer Martha Meredith, the trio played energetically enough to get a dance-off happening in the crowd, and their commercial sound could take off if they’re able to strengthen their hooks and find a unique way to stand out.

There was a chance to explore the grounds before Hozier took over the largest of the four stages, WayHome, where Neil Young would appear at the night’s end. Burl’s Creek is a beautiful setting, and opening-day weather couldn’t have been better. Despite a few logistical snafus (art still being installed when gates opened, a few non-working generators, some volunteer confusion), the massive fest seemed to be running smoothly. Water refilling stations. Thirty food trucks. Small cities of Porta Potties. Quickly moving lines.

It wasn’t till dusk that the sheer size of the festival revealed itself. Tens of thousands of people (organizers were predicting 30,000, which seems about right) spread out across the massive grounds for Hozier’s impressive set of soulful pop. The Irish singer/songwriter has been touring his 2014 self-titled album virtually non-stop, but he still managed to infuse some spontaneity into the set, including a “just for funsies” cover of Ariana Grande’s Problem, which he nailed. 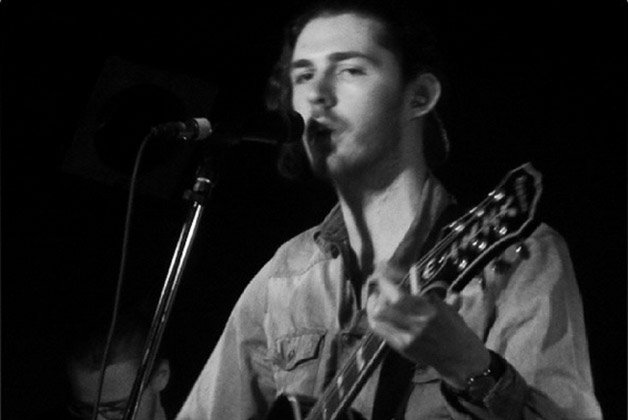 Alt-J proved to be more enjoyable on record than live. It was hard to pinpoint why, exactly. The textured layers and complex vocal lines were there, and now and then deep sub-bass kicked in in a surprising and awesome way. They gave us new and old – 2012 single Matilda got the crowd singing along – and yet…. maybe it was just that anticipation for Neil Young was so high.

Deservedly so. We got three hours of him, backed by the flawless Promise of the Real, and every moment was glorious, even all those heavy-handed songs about Monsanto and Starbucks and GMOs and pesticides from his new Monsanto Years album. In a T-shirt that said “Earth,” Young smartly waited for close to an hour before bringing them in, first serving up the perfect soundtrack to an outdoors concert under a half moon: heart-tugging renditions of Helpless, Winterlong, Out On The Weekend, Cowgirl In The Sand (!).

And when the eco-crusade began, Young’s passion was so apparent, so genuine, that it made you think about how although his motivation for writing music may have shifted away from rustic love balladry over the last couple of decades, he’s always going to give us honest, stark and impassioned tunes about his current obsessions. And making the world a better place couldn’t be a more admirable one.

Humour laced the set – “Your organic cherries are absolutely perfect,” he said, before throwing a bunch to the massive crowd – and his guitar solos were louder, wilder, more frequent and ferocious than I’ve ever witnessed, especially the epic roaring one that came at the set’s end, long after A New Day For Love, Down By The River, Everybody Knows This Is Nowhere, Rockin’ In The Free World. Pure magic.