We Can Be Heroes

WE CAN BE HEROES written and performed by Craig Brown, Jan Caruana, Stacey McGunnigle, Allison Price, Connor Thompson and Kevin. 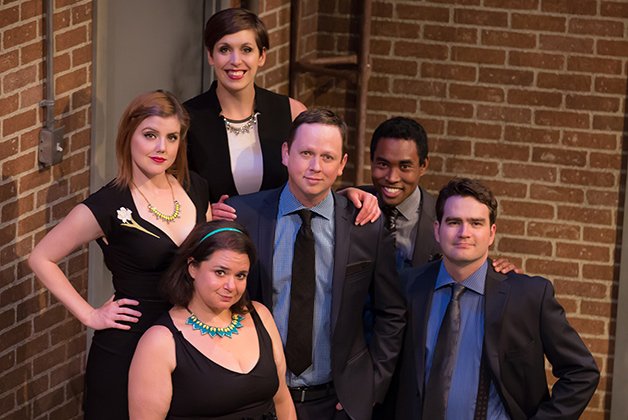 No disrespect to Tina Turner, but we really do need another hero or two, especially if they’re as talented and funny as the performers in Second City’s latest mainstage show, We Can Be Heroes.

Riffing on the idea that our society’s gone to hell – our leaders are smoking drugs and cops are shooting people on streetcars, after all – the company has come up with one of its sharpest shows in ages.

Ben Affleck may have elicited chuckles when he was announced as the new Batman, but that’s nothing compared to the howls that greet newcomer Connor Thompson when he morphs into a literal bat man who scares cottage dwellers Allison Price and Kevin Vidal (also new to the cast) before dancing with them and pitting one against the other.

Thompson also scores big laughs as a legally blind lifeguard delivering a water safety seminar and fielding questions from the audience. Confident, stolid and great at blustery windbags, Thompson’s an invaluable addition to the cast – and a fearless improviser to boot.

Craig Brown plays a different kind of hero in another of the show’s standout sketches. Waking up one morning to find he’s losing his hair, he gets ridiculed by neighbours, fired from his job and humiliated by a couple of women in a bar. It’s all done silent-film style, with Brown displaying the tragicomic charm of a Charlie Chaplin. Only the final beat of the sketch feels like a letdown.

The great Jan Caruana continues to show impressive range, particularly in a series of sketches involving a bullied girl who befriends an elderly black man (Vidal). Caruana’s whiny voice and body movements beautifully evoke those of a child, but beneath the comedy there’s real heart.

Directed by Kerry Griffin, this feels like Second City’s timeliest show in a while. A sketch about three “bad feminists” criticizing Robin Thicke’s Blurred Lines video but then grinding to it is amusing and right on trend.

Ditto Price’s ditty about being attracted to men who are hipsters but might be homeless, which skirts bad taste through its clever lyrics and her winsome delivery.

And a delightful two-hander about Olympic figure skaters begins by looking at the ethics of boycotting Sochi and ends… well, let’s just say, the pair (Price and the physically nimble Vidal) are very light on their feet.

Even in the less developed bits – one about a man’s prostate exam, another about a sexually abusive female boss – the performers commit to the material, creating people, not characters.

The strangest concerns two NDP canvassers who knock on the door of a woman (Stacey McGunnigle) who proceeds to vent about bike lanes, Nuit Blanche and the importance of voting. I’m not sure what the point of the sketch is, but McGunnigle makes the bizarre woman memorable, bad wig and all. (This show has the biggest costume budget I’ve yet seen.)

Also memorable are Camellia Koo’s urban alley set, with an angled wall that pays off hilariously in a Game Of Thronesesque sequence, and Matthew Reid’s lively score, which helps punctuate every moment in this roller coaster ride of a show.