We need more blacks on screen and TV

When I was growing up, any time my family was watching the news and heard about a crime, we uttered. 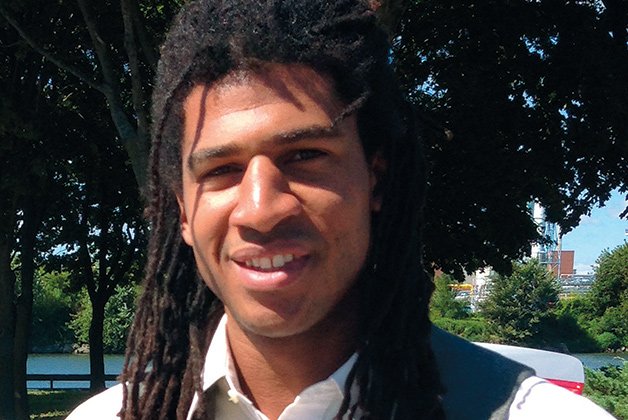 Jermaine Bagnall says the way to eliminate stereotypes is to increase the presence of black people in media.

When I was growing up, any time my family was watching the news and heard about a crime, we uttered the mantra under our breath, “Please don’t let them be black.”

At an early age I learned that no matter how much cultural variety there is within the black community, those distinctions don’t come into play when it comes to crime reports. The actions of one person paint the whole.

What compounds this problem are the creators, curators and outlets of media.

Two years ago I had the opportunity to sit on a panel at Ryerson University called Black Out: Who Is Missing In Media? I commented that in order to shift how blacks are depicted, we need to take control of our image through its production and final dissemination.

For filmmakers and film fans alike, a great jumping-off point is the second annual Toronto Black Film Festival (on through Sunday, February 16). The fest’s mission is to showcase the reality of black people around the globe and create a space to debate major cultural, social and socio-economic issues.

This is the perfect intersection of fresh ideas and authentic depictions. The Toronto Black Film Festival can serve as a starting point for producers, writers and directors to get a greater sense of what it is to tell a truer story beyond the existing stereotypes.

In the Canadian television landscape, there is no black-specific network. The closest thing to an outlet that actively promotes multiculturalism in Canada is TV station Omni. Beyond that, there’s no place to showcase black work. Producers must balance compelling stories and authentic depictions while appealing to as wide an audience as possible.

This isn’t to say it’s impossible, but you only have look at current programming to see the rate of success. Omni carries only two specifically black shows, Caribbean Vibrations and The Arsenio Hall Show, and is currently featuring the documentary A Linc in Time, about Lincoln Alexander. CBC-TV is making a miniseries adaptation of Lawrence Hill’s The Book Of Negroes.

Sure, these are success stories, but they are only a few drops in an ocean of programming.

The next great frontier for black content creators is the web. In the age of social media and internet fame, a web series can transition to network television and a huge audience.

A prime example is The Mis-Adventures Of An Awkward Black Girl, a successful web series that will be turned into a half-hour cable comedy series.

To get more programming on the airwaves that is representative of Canada’s massively diverse black community, content creators need to keep producing great work, and an aspiring media mogul should consult the CRTC to find out what it takes to launch another media outlet.

That way we can show all facets of the whole community.

Jermaine Bagnall is a freelance writer working in television.