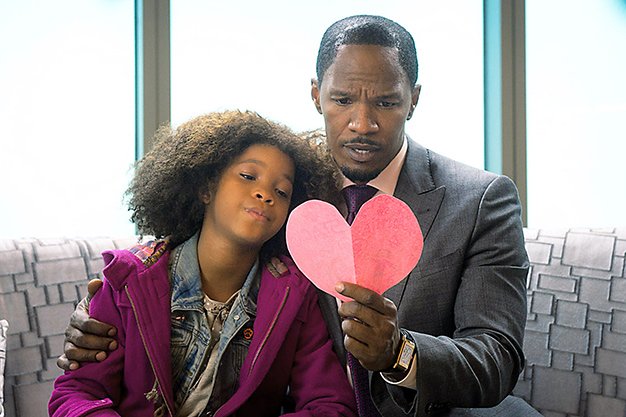 Cathedrals of Culture: Part I (Wim Wenders, Michael Glawogger, Michael Madsen) is a six-part 3D exploration of the “soul” of buildings. Among its directors, Wenders seems most at home with the concept, his camera roaming the golden, tent-like Berlin Philharmonic with the same fluidity seen in many of his features. Redford’s piece on California’s Salk Institute, by contrast, is less imaginative and more akin to a glossy advertisement, employing a lot of archival footage and shots of scientists striding stoically across the courtyard. Movies provide us with a space to inhabit for a while, yet few make spaces their actual subject. Cathedrals Of Culture is a mostly spellbinding homage to those places we shape – and that in turn shape us. 86 min.

Advanced Style (Lina Plioplyte) is inspired by blogger Ari Seth Cohen, who scours the streets of New York City in search of stylin’ women over 60. Especially compelling among the seven women director Plioplyte follows in her doc are Tziporah Salamon, the youngest at 62, who puts together outlandish outfits as if they are works of art the patrician Joyce Carpati, the only one who shows any aesthetic restraint and Lynn Dell, who runs a downtown store where she terrorizes the clientele with her fashion advice. They’re all delightful in their own way, which makes for a very pleasurable film, but you don’t get enough of any one of these fascinating characters, and not much effort has been made to create a narrative arc. Credit first-time filmmaker Plioplyte with discovering a great subject. Time to work on the execution. 72 min.

Son of a Gun (Julius Avery) stars Brenton Thwaites as a teenage convict taken under the wing of a hardened criminal (Ewan McGregor) only to discover that protection on the inside means obligations on the outside. First-time feature director Avery follows the beats of the prison/heist picture like a pro, though he has some trouble selling the wobbly romantic subplot between Thwaites and a young woman (A Royal Affair’s Alicia Vikander) trapped in service to one of McGregor’s associates. But when the focus is firmly on McGregor and Thwaites, the movie crackles the actors rip into the toxic father-son dynamic between their characters, and their rapport gives the key action sequences a real kick. 108 min.

Song of the Sea (Tomm Moore) draws from Gaelic folklore to tell the story of young children discovering magic and peril. The animation is so imaginative and rich that I’m sorry to admit I longed for a bit more Pixar-brand pizzazz to perk up the sluggish plot and characters – just a bit, mind you. Ten-year-old Ben (David Rawle) blames his mute little sister, Saoirse, for the loss of their mother, who died giving birth to her. He’s unaware that, like their mother, Saoirse is a selkie, a magical seal-child, and both a saviour of some mystical creatures and a target for others. Though the Irish folklore inspires the impressionistic watercolour visuals, it seems a tad cumbersome on the narrative. Ben and Saoirse’s redundant adventure drags along like a series of appointments with various otherworldly figures, episodes that often lack humour and excitement. 93 min.

Night at the Museum: Secret of the Tomb (Shawn Levy) occasionally amuses thanks to folks like Ben Stiller, Steve Coogan, Ricky Gervais and Rebel Wilson, who manage to be funny despite a lazy screenplay that only gives them morsels to work with. The franchise finale circles around the ancient Egyptian tablet that rattles dinosaur bones to life. Its power is fading, so Stiller’s night watchman saddles up his historically diverse crew and heads to the UK, where a pharaoh (a game Ben Kingsley) can shed some light on its magic. The new locale introduces new faces, the highlight being Downton Abbey’s Dan Stevens as the cocksure Sir Lancelot, a welcome burst of energy in this mostly lifeless adventure. For all the CGI whizz-bang and volumes of encyclopedia figures to play with, director Levy still hasn’t figured out how to make the proceedings exciting, but a brief showdown inside M.C. Escher’s lithograph Relativity stands out. 98 min.

Annie (Will Gluck) is a hip-hop and R&B influenced adaptation of the Broadway musical about an orphan searching for her parents and being taken in by a wealthy tycoon. The idea of updating it isn’t bad, but Aline Brosh McKenna’s script and Gluck’s direction are execrable. This is a cynical, heartless ode to greed, with everyone – from Jamie Foxx’s morally questionable mayoral hopeful to Quvenzhané Wallis’s smug, smart-talking Annie to Cameron Diaz’s horny and ridiculously over-the-top foster mom – attracted to bling. The singing is passable,but appallingly lip-synched. Wallis has lost all the spontaneity she showed in Beasts Of The Southern Wild, and some scenes between her and Foxx are so icky they feel like outtakes from To Catch A Predator. The only fresh performance is by Stephanie Kurtzuba in a small role as a Russian-accented civil servant with a kleptomania habit. She literally steals every scene she’s in. 119 min.

The Nutcracker – Bolshoi Ballet Live is a broadcast of the seasonal Tchaikovsky ballet, choreographed by Yuri Grigorovich. 150 min.