Weekend Movies: The Backward Class, Jupiter Ascending, The SpongeBob Movie: Sponge Out of Water and more 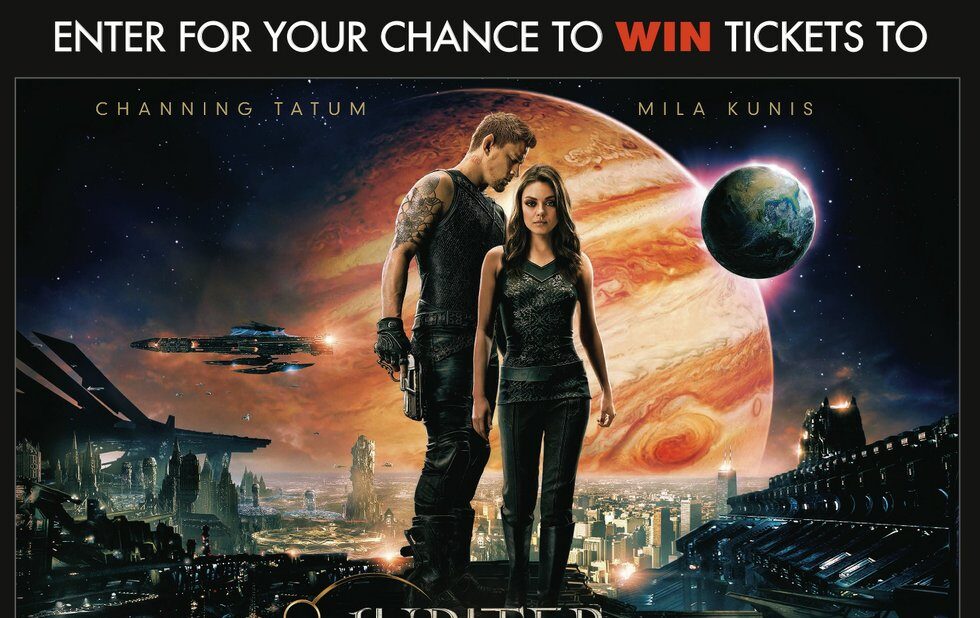 The Backward Class (Madeleine Grant) concerns former untouchables who, while still at the bottom of India’s social hierarchy, are studying at Shanti Bhavan School to pass college entrance exams. Will these teens, hoping to lift their families out of extreme poverty, score high enough to change their lives? Before she answers that question, director Grant introduces nuanced characters, focusing on three of the 15 students in the graduating class: Vijay, who’s the class star and knows it Anith, the class clown, which could wreck his chances and Mala, who’s not a natural scholar and struggles to keep up. Principal Lalita Law is a a gifted teacher who’s deeply involved with all her students, and the kids’ goodbye to her is very moving. But the most fascinating and elusive character is school founder Abraham George, who’s looking for nothing short of prime ministerships and Nobel Prizes for his charges. Fortunately, Law has more realistic goals. Winner of last year’s Audience Choice Award at Hot Docs. Some subtitles. 91 min.

Dogs on the Inside (Brean Cunningham, Douglas Seirup) plays like a feature-length promotional video for the Don’t Throw Us Away program, which pairs rescued dogs with inmates at the minimum-security North Central Correctional Institution in Gardiner, Massachusetts, for mutually beneficial rehabilitation. The program is great, and worth supporting, and the testimonials from prisoners who’ve been allowed to connect with their “best selves” by caring for an abused or abandoned animal are genuinely moving. But the filmmaking isn’t quite as seamless or graceful as it might have been. The doc’s been made on a shoestring with limited access to the program it’s documenting, which results in a small amount of usable footage being stretched over the entire feature. Most of that footage is of dogs being adorable or attentive, so that may not be a deal-breaker for you. But it’s hard to overlook such an obvious crutch in a movie as short as this. 67 min.

The SpongeBob Movie: Sponge Out of Water (Paul Tibbitt) has Nickelodeon’s daft deep-sea burger flipper in square pants uncharacteristically surfacing on shore in CG and 3D, playing superhero in a live-action environment opposite a mugging Antonio Banderas as a villainous pirate. Thankfully, these unimaginative enhancements are limited to the final act and even credited to a separate director. The bulk of Sponge Out of Water stays submerged, hand-drawn and Banderas-free, still delivering coy wit, surrealism and absurdity with SpongeBob’s frivolous, childish whimsy. The typically loosey-goosey plot involves SpongeBob (Tom Kenny) teaming up with his nemesis, Plankton (Mr. Lawrence), on a time-travelling adventure to retrieve the vanished secret recipe for the Krabby Patty, a burger that keeps their underwater town, Bikini Bottom, sane. 93 min.

Love, Rosie (Christian Ditter) attempts to prove yet again that attractive straight people can’t be best friends, but with none of the charm of When Harry Met Sally or The F Word. Brits Rosie (Lily Collins) and Alex (Sam Claflin) have been besties since the age of five. But a drunken teenage kiss sends them reeling apart, resulting in years of pining, bad relationship choices and reams of passive-aggressive text messages. Alex goes off to Harvard Medical School and hooks up with a Katherine Heigl clone, while Rosie, pregnant by a disastrous (but hot) prom date, decides to raise the child and put her dreams of becoming a hotelier on hold. Even by the low standards of the genre, the film is a mess, full of eye-rolling coincidences, secondary characters from a Richard Curtis movie and so many trans-Atlantic trips it appears that London is a 30-minute commute from Boston (which is played by Toronto anyway). Worse, the two leads have absolutely no chemistry and nothing interesting to do or say. 103 min.

Outcast (Nick Powell) is really boring. And not just during the dialogue scenes, which are pretty dull even with Nicolas Cage and Hayden Christensen yelling at each other in ridiculous accents as disillusioned Crusaders who find themselves in the middle of a Chinese succession crisis. The long stretches of actual action are just dull as dirt. It’s the 12th century, and three years after massacring a lot of brown people, Christensen’s world-weary, disillusioned Jacob winds up protecting the teenage heir to the Chinese throne (Bill Su Jiahang) and his sister (Yifei Liu) from their usurper brother (Andy On). They find an ally in Cage’s Gallain, who’s even more disillusioned and world-weary than Jacob, though much more shouty. Those looking for an engaging action movie will be disappointed, and those hoping for a juicy Cage performance will be even more disappointed he’s doing the same surly, self-serious thing he did in his last ex-Crusader project, Season Of The Witch. This isn’t even the kind of bad that’s fun to write about. I think you can tell. 100 min.

The Metropolitan Opera – Die Meistersinger von Nürnberg Encore is a high-def production of Wagner’s comic opera about a group of Renaissance master singers competing in a contest, conducted by James Levine. 370 min.