The Hunting Ground (Kirby Dick) continues the work of exposing institutional protection of sexual assault that documentarian Dick began in. 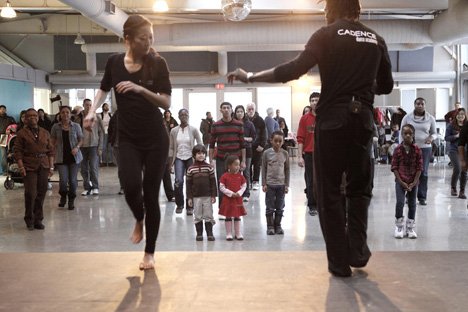 The Hunting Ground (Kirby Dick) continues the work of exposing institutional protection of sexual assault that documentarian Dick began in 2004s Twist Of Faith and continued in 2013s The Invisible War. The Hunting Ground finds Dick and producer Amy Ziering focusing on American college campuses, where between 16 to 20 per cent of students will be sexually assaulted over the course of their higher education, almost always by someone they know socially and in all likelihood, officials, administrators and even campus police will try to ignore the crime or otherwise stymie a full and open investigation. The new doc follows exactly the same structure as The Invisible War, intercutting harrowing testimony from assault survivors with the efforts of crusaders Annie Clark and Andrea Pino to raise awareness and agitate for action. Its an awfully effective formula. If youre not disgusted by the institutional apathy revealed in The Hunting Ground, you may actually be a sociopath. 104 min.

71 (Yann Demange) is an intense survival thriller set in a particularly heated time during the Troubles in Northern Ireland. Unbroken star Jack OConnell plays Gary Hook, a young British soldier whos accidentally stranded in Belfast by his unit after a small, disorienting riot turns deadly. He ducks through alleyways and corridors where various factions are looking to draw blood, all the while witnessing the multi-faceted political divisions and the various back-dealings that fan the flames of the turmoil. Though genre contrivances and docudrama make an uneasy marriage, Demanges stealthy direction doesnt allow you to dwell on it, keeping the action moving through standoffs that are lurid, visceral and ultimately tragic. 99 min.

Stop The Pounding Heart (Roberto Minervini) is a close-up study of a girl (Sara Carlson) who lives and works with her large family on their rural Texas goat farm. Just edging into her teenage years, the sheltered Sara is starting to comprehend the larger world beyond her home-schooled Christian household. When she meets a young bull-rider (Colby Trichell) who doesnt have time for faith, she starts to challenge the limitations of her upbringing. This isnt a hot-blooded teen drama. Writer/director Minervini is working on a much subtler wavelength, observing small moments in a naturalistic manner instead of orchestrating big emotional confrontations. He respects these people and their world view, refusing to caricature their devotion to goats, guns and God in any way. He doesnt editorialize he just shows us human beings living their lives, letting urgent questions emerge from the juxtaposition of desires. Its mesmerizing. 98 min.

Cinderella (Kenneth Branagh) is pleasant enough, for a movie that has no reason to exist and as a live-action remake of the 1950 Disney classic, it spends a good third of its running time struggling with the fact that the tale is a little low on plot. But thats where director Branagh and screenwriter Chris Weitz get to have the most fun, not only fleshing out the one-sided relationship between poor Ella (Downton Abbeys Lily James) and her deeply unpleasant stepmother (Cate Blanchett, camping up the cruelty), but giving that handsome prince (Game Of Thrones Richard Madden) rather more of a personality than he had in the original telling. Branagh is also savvy enough to fill every supporting role with charming, capable actors Derek Jacobi, Helena Bonham Carter, Stellan Skarsgard, Nonso Anozie, Rob Brydon to keep us from noticing how little is actually happening in a given scene. The clever digital effects honour the toon version without leaning on it too heavily. Nicely done. 105 min.

Loitering With Intent (Adam Rapp) is engaging and casually charming without ever being exactly good. Co-writers Ivan Martin and Michael Godere star as Raphael and Dominic, wannabe actors aging past their prime. (These characters may or may not be autobiographical.) When an old friend (Natasha Lyonne) tells them her boss is looking for a low-budget detective movie, the guys race off to Dominics family cabin to bang out a script. But as soon as they unpack, theyre distracted by women: comely neighbour Ava (Isabelle McNally) and Dominics sister Gigi (Marisa Tomei), for whom Raphael has long carried a torch. Rapps casual direction makes the film feel like a playful acting exercise with very low stakes. Its a welcome shift from the turgid self-seriousness of his 2005 indie Winter Passing, and the entire cast is clearly having fun. I enjoyed watching them work, even as I knew it wouldnt amount to much. 80 min.

Merchants of Doubt (Robert Kenner) shows that profit-seeking corporations are nasty pieces of work. Kenners doc looks at companies strategies for fooling the public into believing whatever helps maximize their profits, beginning with the lies Big Tobacco told us about the health impact of cigarettes. To U.S. Senate committees and inquiries of all kinds, company stooges lied about or actually withheld studies that showed their deleterious effects. But most of the material here is about how energy interests have changed the conversation about climate change. Just as scandalous is the extent to which the media have been tricked into giving these naysayers every opportunity to grind their axes in prime-time newscasts. Kenners found an eloquent talking head in history of science prof Naomi Oreskes, but as in his previous flick, Food, Inc., he keeps hammering away at the same idea. This could have been done in an hour, easy. 93 min.

Miss Julie (Liv Ullmann) is a respectful screen treatment by the legendary Swedish actor/filmmaker of August Strindbergs scathing examination of sexual and class politics. In a quiet Irish manor circa 1890, the eponymous noblewoman (Jessica Chastain) torments her fathers valet (Colin Farrell) and cook (Samantha Morton) until they find a way to turn the tables. Ullmann doesnt really try to liberate the text from its stage origins, and her classical soundtrack occasionally conflicts with the emotions on the screen. But none of that matters when Chastain is in the frame, initially playing Miss Julie as an impetuous, imperious presence and then cracking that facade wide open to reveal the twisting mess of misery, guilt and shame underneath. Farrell and Morton are solid, but Chastains sensational and Ullmann is canny enough to simply let her rip. 129 min.

The Price We Pay (Harold Crooks) is an expose of corporate malfeasance in the form of tax avoidance. Using interviews with economists and academics, the doc uncovers the way companies maximize profits by taking advantage of tax havens like the Cayman and Jersey Islands. (And now Canada: Im talking about you, Burger King.) The films aim is noble: explain how tax havens work, why we should tax financial transactions (traders definitely do not support that) and more. Theres a ton of information here, and director Crookss arguments are unquestionably convincing. Problem is, despite the very smart talking heads, not much happens visually except filler images of Occupy demos and gleaming corporate headquarters. You might as well be reading a book or an article. You will, however, find a new hero in British MP Margaret Hodge, who chairs the Public Accounts Committee and gives those Google and Amazon guys bloody hell. 95 min.

Run All Night (Jaume Collet-Serra) stars Liam Neeson as an aging mob enforcer forced back into action when his adult son (Joel Kinnaman) gets mixed up in a double murder. But its really about the pleasures of watching committed actors not just Neeson and Kinnaman but Ed Harris, Vincent DOnofrio, Common and Holt McCallany elevate a generic cat-and-mouse piece into something a little more interesting. Collet-Serra, who directed Neeson in Unknown and Non-Stop, occasionally struggles to reconcile the themes of loyalty and regret with the requisite outsized action beats, but when he lets the material breathe, Run All Night nudges its characters into some worthwhile places. 114 min.

Champs (Bert Marcus) shapes the lives and legacy of Mike Tyson, Evander Holyfield and Bernard Hopkins into a critical look at the sociology and predatory business of boxing, a little-regulated sport that exploits fighters from disadvantaged backgrounds and fails to counsel those who get rich on how to keep their millions. Writer/director Marcus structures his points around the three legends, all African Americans born into brutal poverty who used their fists to make a grab for the American dream. Their similarities end there. The angle only directly applies to Tyson, Champs producer. Tyson might be funding his own PR effort, but hes a moving presence, his voice trembling when he recollects a horrifying childhood or unleashes a storm of self-hate over his subsequent behaviour. 85 min.

The Search (Michel Hazanavicius) is a well-intentioned children-in-peril story set during the second Chechen war thats periodically moving but unwieldy and heavy-handed. Berenice Bejo plays Carole, a French NGO rep investigating the humanitarian crisis in Chechnya. She takes in nine-year-old Hadji (Abdul-Khalim Mamatsuiev), an orphan who, in the films shocking prologue, witnesses his parents slaughter by Russian soldiers. Hadji remains traumatized and mute, yet the silent, intimate moments he shares with Carole are some of the films most effective. Caroles work with other survivors is often less convincing or simply lumbering, as is the films splintered structure, which attempts a grand scope by following more characters and circular subplots than it can handle. Subtitled. 135 min.

The Cobbler (Thomas McCarthy) finds the gifted writer/director of The Station Agent, The Visitor and Win Win going terribly wrong with a comedy starring Adam Sandler as a Lower East Side cobbler with a magical stitching machine that lets him impersonate anyone whose shoes it repairs. Its basically a tone-deaf remake of Sam Raimis Darkman, in which Sandler uses his mystical power to goof on annoying jerks and help a nice young woman (Melonie Diaz) fight a scheming developer (Ellen Barkin) bent on gentrifying their neighbourhood. Given how textured and developed McCarthys films have been before this point, The Cobbler is startlingly thin and naive, especially with regard to the larger implications of its heros actions. I cant hang this on Sandler even he seems to be trying to sell the impossible concept. And its not like McCarthy was trying to make an Adam Sandler comedy in the first place it doesnt really resemble a Happy Madison production beyond the presence of Steve Buscemi in a small role. Whatever it is, its awful. 98 min.

National Theatre Live: Behind the Beautiful Forevers is a high-def broadcast of David Hares epic play about modern India. 180 min.

Standstill (Majdi El-Omari) intertwines the stories of a Mohawk war photographer and a Palestinian refugee who has committed a revenge killing. 104 min.