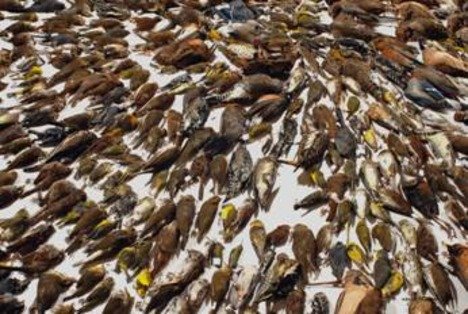 Wild (Jean-Marc Vallée) stars Reese Witherspoon as Cheryl Strayed, who walked 1,100 miles solo along the Pacific Crest Trail in 1995 to reclaim her sense of self after a spiral into substance abuse and self-loathing. What could have been a mawkish and sentimental true-life story plays as intelligent drama thanks to the sure hand of director Vallée, whose skill with actors and music gives Wild a slippery, intuitive flow few other directors would have dared attempt. It’s got much more in common with Vallée’s experimental Café De Flore than his Oscar-winning Dallas Buyers Club. Witherspoon rises to the challenge of playing someone who spends too much time inside her own head. She’s entirely credible as the worn-down Strayed, and the performance grows even more impressive as Vallée lets us learn where she has been and sees herself going. 115 min.

Copenhagen (Mark Raso) is a modest, appealing study of a pissy American (Game Of Thrones’ Gethin Anthony) who makes an unexpectedly profound connection with a young woman (Frederikke Dahl Hansen) while holidaying in the eponymous city. Making his feature debut after a series of short films, writer/director Raso focuses on his primary couple almost to the exclusion of the rest of the characters, which risks making the secondary conflicts seem generic and manufactured. But it’s hard to argue against the attention he pays to his complex, interesting leads Anthony and Dahl Hansen are charming performers who make the most of their characters’ idiosyncrasies. It’s a small film – almost self-consciously so – but it lingers in a very pleasant way. The more time you spend in it, the richer Copenhagen becomes. Some subtitles. 98 min.

Gemma Bovery (Anne Fontaine) is set in pastoral Normandy, where a middle-aged baker (Fabrice Luchini) becomes obsessed with the eponymous Englishwoman (Gemma Arterton) who’s moved in across the road with her husband (Jason Flemyng), and whose life seems to parallel that of Flaubert’s Madame Bovary. Based on the graphic novel by Posy Simmonds (who also wrote Tamara Drewe, Stephen Frears’s screen adaptation of which also starred Arterton), it’s another pleasant trifle from director/co-writer Fontaine, who still hasn’t figured out how to pace a film effectively but at least gives us something worth lingering on. That’d be Arterton, who once again gives a remarkable performance as a sex object who refuses to be objectified so easily. Some subtitles. 99 min.

Awake: The Life of Yogananda (Paola di Florio, Lisa Leeman) is the kind of hagiography you’d expect to find in a gift shop at a New Age store. With serene talking heads, plenty of sitar plucking but not much tension, it tells the story of Paramahansa Yogananda, who brought Eastern religion to the West. Directors di Florio and Leeman have a tough time shaping the material, relying often on cheesy re-enactments. But whenever the yogi is seen or heard – archival recordings of some of his speeches survive – you get a sense of his magnetism. The guru’s non-aggressive philosophy of self-realization is still alive and well, but it deserves a film with more energy and focus than this. 87 min.

Fall (Terrance Odette) follows the personal crisis of Father Sam (Michael Murphy), a Niagara Falls Catholic priest whose placid world is shaken when he receives a letter asking for clarity over an incident that may have occurred decades earlier between himself and a teenage boy. Father Sam goes on with his duties, but the accusation – if that’s even what it is – starts to tug at him. Did something happen? If it had, wouldn’t he remember? Murphy (Woody Allen’s Manhattan and half a dozen Robert Altman pictures) wrestles compellingly with his character’s issues, but writer/director Odette never finds a way to externalize this entirely internal story. The film also has the misfortune to arrive a few months behind John Michael McDonagh’s searing Calvary, which addresses many of the same issues far more powerfully. 82 min.

Serena (Susanne Bier) wants to capitalize on the screen chemistry – and box office bait – of Jennifer Lawrence and Bradley Cooper (American Hustle, Silver Lining Playbook) but only lays bare Cooper’s limitations. In this soapy melodrama, he plays a Depression-era timber baron clear-cutting the Carolina mountains who marries a woman with a mysterious past (Lawrence). She proves a worthy business partner until her ambition reaches Lady Macbeth proportions, both in terms of the lumber company and the female company her husband used to keep. The crappy script cannot stop Lawrence from delivering another knockout performance, but Cooper goes completely, er, wooden when the words don’t work. It doesn’t help that he spends a lot of time lying on his back gazing up at the ceiling looking lost. He is. And so’s the movie. 110 min.

The Wandering Muse (Tamás Wormser) surveys Jewish musicians across the globe on a meandering journey, from Montreal rapper Socalled to Ugandan villagers chanting Hebrew prayers. Eleven musicians deliver sound bites and briefly discuss how and why they connect with their Jewish identity through music. Each has on average eight minutes of screen time to talk and sing, but few pique our interest or even scratch the surface when it comes to cultural introspection. Some subtitles. 94 min.

La Bayadère – Bolshoi Ballet Encore is a high-def version of the classic romantic ballet about an Indian temple dancer. 165 min.

The Metropolitan Opera: Carmen Encore is a high-def broadcast of the Bizet opera, starring Anita Rachvelishvili in the tragic title role. 220 min.

The Metropolitan Opera: Le Nozze Di Figaro Encore is a high-def broadcast from the Met of Mozart’s famous opera, set in the 1920s by director Richard Eyre, with Ildar Abdrazakov and Marlis Petersen. 194 min.

National Theatre Live: John is a high-def broadcast of a performance by DV8 Physical Theatre. 105 min.