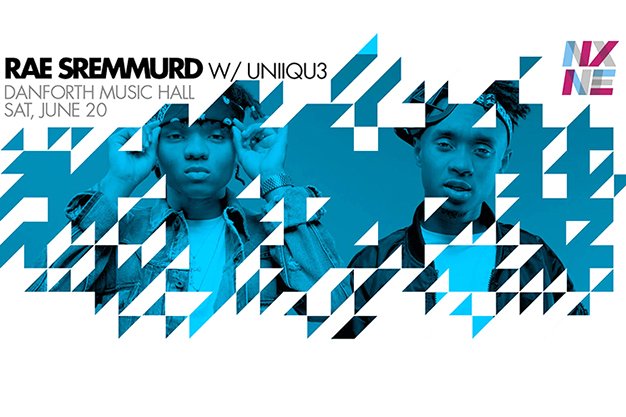 Featuring performances by Atlas Sound (Lee’s Palace 12:00am), Nick Waterhouse (Horseshoe Tavern 12:00 am), Clairmont The Second (M for 159 Manning, 6:00 pm), Jade The Moon (Rivoli, 1:45 am), and OM (Opera House, 10:00 pm)– to name a few. Get yourself a pair of day passes or wristbands and swing by some of the many venues hosting NXNE events like: The Danforth Music Hall, The Drake, Handlebar, Mod, the NXNE Hub and so much more. With so many to choose from, you may want to make a schedule. We sure have!

After an evening out venue hopping from the night before, rest up all you can and get back at it! Major performances of the day include: Angel Olsen (Mod Club 9:00pm), Mission of Burma (Lee’s Palace 7:00 pm), Lia Ices (Gap Store at 375 Queen West 3:30), The New Pornographers (Yonge Dundas Square 9:00pm), and this week’s (June 18) cover feature Rae Sremmurd (Danforth Music Hall 11:00pm).

The Amy Winehouse documentary screens at the Bloor Hot Docs Cinema. The doc details the life of the late grammy-award-winning singer and the tragic events leading up to her death. $15. 9:30 pm. See more details here.

NXNE (event)- A Soundtrack of Violence

A Soundtrack of Violence features a panel of pop culture pundits and academics who will discuss misogyny in music, the Action Bronson debacle, and the culture of violence against women. Hosted by NOW’s Carla Gillis. Free. NXNE Hub (170 Spadina). See more details here.