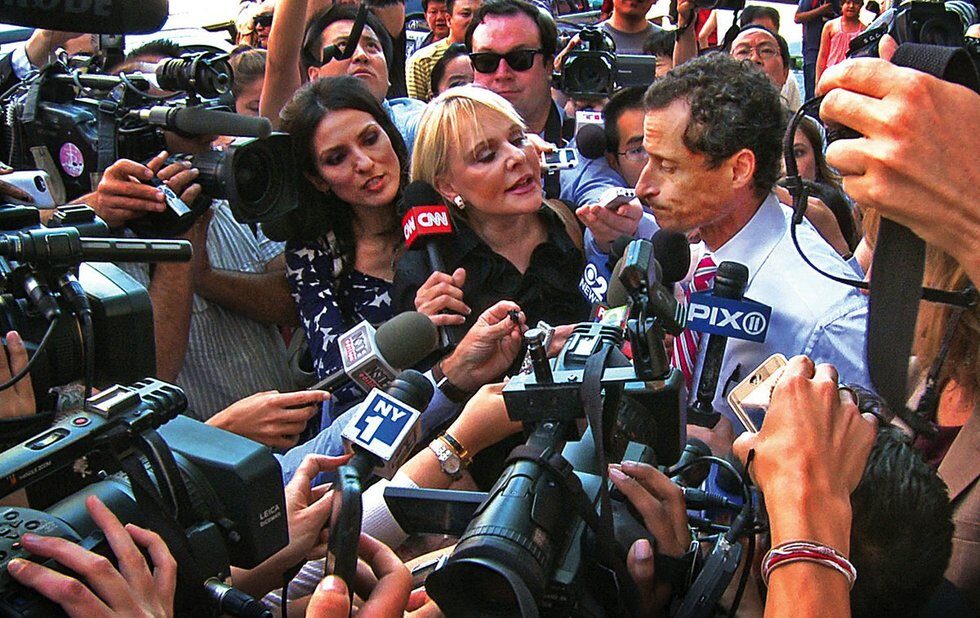 When he was, er, exposed as an inveterate sexter in 2011, married New York congressional representative Anthony Weiner was forced to resign. Then he surprised everyone by deciding to run for New York City mayor in 2013, and allowed Josh Kriegman and Elyse Steinberg to film the campaign in his office and his private residence.

Turns out he continued to sext and was exposed yet again.

This is a rigorously drawn, warts-and-all portrait of a man driven by ego – precisely the reason he’d take the risk of being the subject of a documentary. Even more fascinating is his brilliant wife, Hillary Clinton adviser Huma Abedin, who à la Clinton – and TV’s The Good Wife – stands by her man.

But the real feat here is that, despite the fact that Weiner is plainly addicted to power, the doc manages, occasionally, to make him sympathetic, especially when one of his sextees tries to exploit the situation.