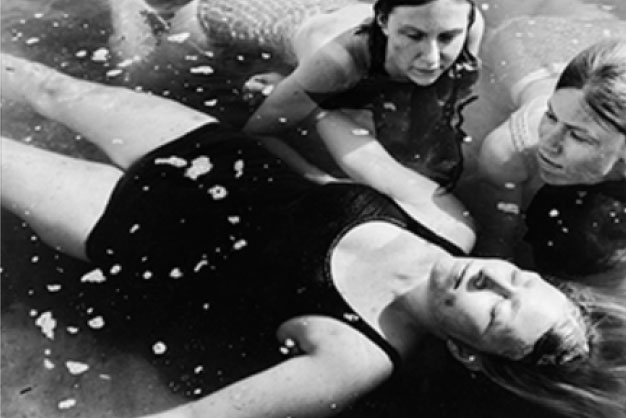 Unlike those in the removed, fly-on-the-wall pictures of her contemporaries, Wendy Snyder MacNeil’s subjects display something rare in a fine art photo: warmth and recognition directed at the photographer.

MacNeil came to attention in 1970 with her first book, Haymarket, a photojournalistic exploration of Boston’s famed open-air market. This opening statement of her practice expressed her deeply immersive, obsessive desire to convey the essence of a people and place. She stayed in Boston for two years, forming lasting friendships with her subjects in the process.

Even her stark photos of hands achieve the status of portraiture. Each line appears to tell a human story.

The show sheds light on a master, a photographer’s photographer who’s recently ranged into video and film. MacNeil illuminates the intangible human core of her subjects, a centre so often missing from the surface-obsessed imagery of our time.

Spring Hurlbut has solemnly decanted cremated human remains, including those of her father, into the air and then filmed them in extreme slow motion against an inky backdrop. Meant as solemn, ritualistic meditations on the fleetingness of life, these films achieve their aim. The ashes, rising in thick tendrils of curling smoke, slowly dissipate into fine clouds that resemble motes of dust or, with a slight shift of perspective, stars.