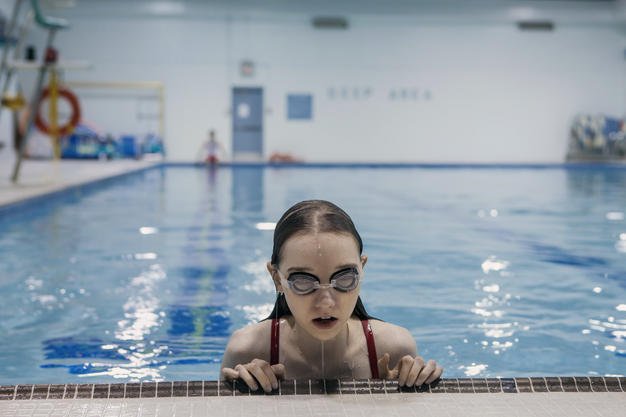 Tormented by her classmates and drawn to her older lifeguarding instructor (Craig Arnold), Sam finds herself strangely sympathetic to a cranky resident (Kenneth Welsh) of the retirement home where she works as a cleaner.

The coming-of-age tale is familiar territory, but MacKay gives this one a sensual texture that feels like you’re immersed in a really thoughtful short story, with a measured pace that gives us time to understand Sam’s thoughts and feelings. And Stone, whom you may remember from The Year Dolly Parton Was My Mom, is terrific as the conflicted lead caught between timidity and self-assertion and trying to figure out who she is and what she wants.

But this isn’t a one-kid show. Arnold and Welsh provide nicely complex supporting performances, and Leah Pinsent does a lot with limited screen time as Sam’s overwhelmed mother. Wet Bum’s generosity and empathy give everyone the same presence and dignity. We don’t just understand Sam we understand the world around her. So will she, eventually. 98 minutes.