Officious, cordial and to the point 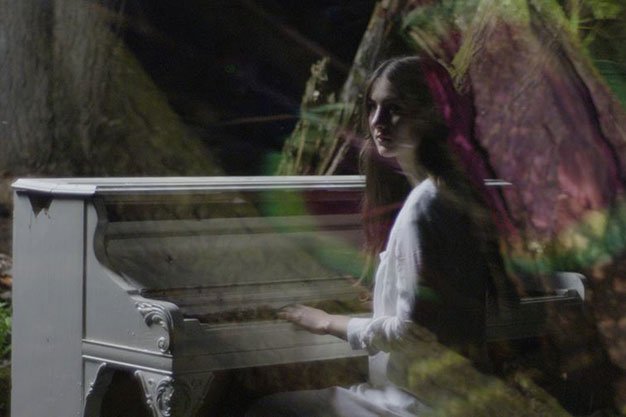 Natalie Mering has a charmingly officious presence onstage. Standing behind a keyboard and in a front of a screen displaying undulating amorphous pixels, the singer, who performs under the Southern Gothic moniker Weyes Blood, kept her banter cordial but to the point. “I would introduce my band,” she said, “but they wish to remain anonymous.”

It was just as well. The three members anchored her dramatic, psych-leaning ballads in the realm of 60s folk-rock, playing up the more traditional elements of the noise-influenced songs off The Innocents, her second album.

It was only when the bassist, drummer and guitarist departed that Mering really unleashed her swirling vibrato, on two songs that included a cover of Fred Neil’s classic Everybody’s Talkin’. Suddenly, her brand of New Agey Americana stopped sounding (to quote one of her song titles) bound to earth and took off into a more interesting dimension.