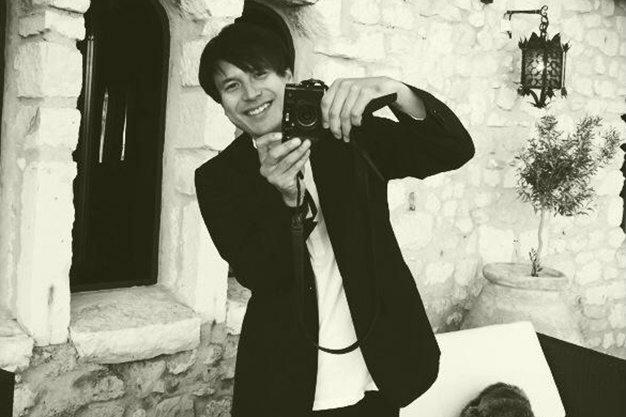 Some people were genuinely shocked by the August 25 announcement that Arts & Crafts president Jeffrey Remedios had left his post at the flourishing independent label/management company/music publisher/Field Trip festival organizer to become the president and CEO of Universal Music Canada. But for anyone aware of Remedios’ business background and ambitious drive, the biggest surprise was that anyone found the news surprising at all.

A hero to many for his work supporting independent music and culture in Canada and for making Arts & Crafts a globally recognized entity and business model, Remedios has always seemed like a pretty big fish in the modestly-sized lake that is this country’s music business. As Billboard reported, Remedios graduated from McMaster University in 1998 with an Honours Commerce Degree and a minor in music and then went on to work for Virgin Music Canada and then EMI Music Canada in media and artist relations and digital marketing, before becoming director of national promotion.

Working with Broken Social Scene, Feist, Stars, Metric, Constantines, and Fucked Up among others over the years, they leveraged their capital, both financial and cultural, to make A&C a multi-faceted enterprise that connected with their artists and audience on a deeper, philosophical level.

“It is a fragile time in our industry,” Remedios wrote in a mass email that arrived just before midnight on the day of the UMC announcement. The next morning, he’d leave on his honeymoon, just days after getting married. Given his history, it seems fitting that all of this passion and career business was swirling within Remedios simultaneously, and it came through in his missive.

“Things continue to change quickly,” he wrote. “As music fans move to a varied consumption model, it is critical the leaders in our industry ensure artists are fairly and properly compensated that we don’t see a continued hollowing of the music middle class that the music industry continues to be run by music lovers who are focused on supporting and nurturing artists.”

It’s exactly this kind of articulated vision that makes Remedios ideal for a job running the biggest music company in Canada (effective September 21). But it’s also the kind of spiel that elicits eye rolls from haterz who view him as the ultimate insider.

As the aforementioned Billboard piece pointed out, Remedios has served as chairman of the Foundation Assisting Canadian Talent on Recordings (FACTOR, a Toronto-based funding agency that, based on reporting by Paul Lawton in 2013, has awarded A&C artists/ventures somewhere around $2 million to date), and belongs to the boards of the Canadian Academy of Recording Arts & Sciences (CARAS, which oversees the Juno Awards, of which, A&C artists have won more than 20 thus far), and the City of Toronto Music Advisory Counsel (TMAC).

Because the indie-rock orthodoxy still perceives major labels as evil, out-of-touch, greedy corporations more interested in monetizing artistic/consumer love than tapping into it for any spiritual end, it’s obvious why UMC would admire someone who can skillfully traverse this country’s music industry the way Remedios has and, at the end of the day, still be perceived as genuine and cool. At least by those who don’t view his extracurricular roles in the biz as a form of corporate collusion that contributes to the marginalization of the next gen of underground music-makers.

“As far as ‘doubt’ is concerned, people, now more than ever, have a voice that can be heard amongst the circles of thumbs up and thumbs down,” Drew said via email after being asked to comment on what Remedios leaving A&C might mean for the broader, and possibly cynical, music community. “This action was created by Siskel and Ebert upon watching and judging a film. This film has just started, so if I were to focus on any opinion outside the walls of my own home then ‘speculation’ would overtake the idea of magic.

“The conversation of independents versus majors died for me years ago,” he continued. “Everyone is focused on the same goal. Art cannot be disposable. Jeffrey, myself and Kieran are going to keep this fight going while swimming in the [corporate] waters of independent choice.”

In the end, Remedios’ appointment was an executive business move a guy got a new job. Given his pedigree, it’s less of a David-becoming-Goliath story than some might think because he has been grooming himself for something big from the get-go. The most legitimately jarring part of his departure was this spectre of a question: Is Arts & Crafts over? But according to Drew and new A&C President Kieran Roy that’s far from the case.

In his own note, Remedios said that he’s maintaining his ownership stake in A&C and will remain on its board. The man’s clearly a focused multi-tasker, so at least the A&C crew doesn’t seem concerned.

“He’s going to do great things at Universal and his presence at A&C will be missed,” Roy wrote in an email to NOW. “But as I look ahead, I’m excited as hell at the potential for change, growth and the opportunity to lead an organization rich in artistic creativity and buoyed by such a strong team. The future of A&C has never been brighter.”