NOW MagazineNewsWhat are the most effective ways to cut my carbon footprint and push for change?

What are the most effective ways to cut my carbon footprint and push for change?

Q: With all that's happening in Copenhagen, what are the most effective ways to cut my carbon footprint and push. 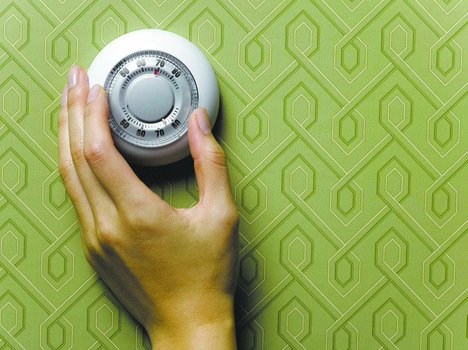 Q: With all that’s happening in Copenhagen, what are the most effective ways to cut my carbon footprint and push for change?

A: Remember that old 70s cartoon about the sibling superheroes, one of whom could transform himself into any water-based state he wanted? If that Wonder Twin were around today, he’d no doubt turn into the polar ice caps and reverse their melting.

Well, that’s how the show plays out in my fantasies anyway.

Unfortunately, there are no superheroes kicking around, unless you count the one lurking inside you. That’s right, folks – while delegates from 192 nations gather in Copenhagen to try to hammer out some sort of carbon-reducing agreement, we’ve all got to up the ante.

StatsCan says Canadian households are directly and indirectly responsible for 46 per cent of the nation’s greenhouse gases. Yowsers! In honour of Copenhagen, cover all the basics by sticking to public transit as much as possible, putting on a sweater and turning down the thermostat, changing/cleaning your furnace filter and, if you’re a homeowner, investing in more insulation in your attic asap. And yes, flick off the lights, hang your clothes dry, unplug your gadgets and sign up with Bullfrog Power so the cash from your monthly electricity bills goes toward wind and low-impact hydro.

Also knock that energy-hogging plasma TV off your gift list. Make sure the electronics you do ask for are Energy Star-certified and score well on Greenpeace’s electronics report card (greenpeace.org).

And keep in mind that megatons of emissions come buried in all the products we buy, in the making, say, of LCD TV and computer screens. Yup, the gas used to make liquid crystal displays (NF3) is actually 17,000 times more climate-cooking than carbon dioxide. Toshiba Mobile Display, Samsung and LG all offer NF3-free options.

Surprisingly, the food we stock in our cupboards and fridges is responsible for almost as many kilotons of greenhouse gas emissions as the dirty electricity we use. Eating just one less red-meat meal each and every week would be like driving 1,000 fewer miles a year.

But if you want to crash-diet, give up animal products entirely, even just until the conference wraps up on December 18. Eating more organic grains and produce grown without fossil fuel fertilizers will also shrink your carbon waistline quickly, as will avoiding energy-intensive greenhouse-grown food.

And think outside the box. Preserve carbon sinks worldwide by avoiding most tropical and old growth wood like the plague. That means no teak coffee table or even exotic wood picture frames. Stick to locally reclaimed options first (like the stuff at urbantreesalvage.com). And stay away from potting soil with peat moss, especially imported peat. Conserving peat bogs (which store 455 billion tons of CO2 worldwide) has been called as vital an issue as saving the rainforest.

Last but not least, don’t forget to be a vocal advocate for serious global greenhouse gas reduction targets. Email the prime minister and let him know how embarrassed you are by Canada’s colossal foot-dragging. The David Suzuki Foundation makes it really easy for you to get involved (beta.davidsuzuki.org). Ditto for Environmental Defence and Forest Ethics, through takeactiononclimatechange.com, where you can post pictures of your nephews and daughters as part of a campaign demanding that Harper stand up for the future of our kids. If we all did, they just might believe in superheroes again.