For a movement long accused of being mostly male-led and white, Sunday's Jobs, Justice And Climate march represented a massive shift 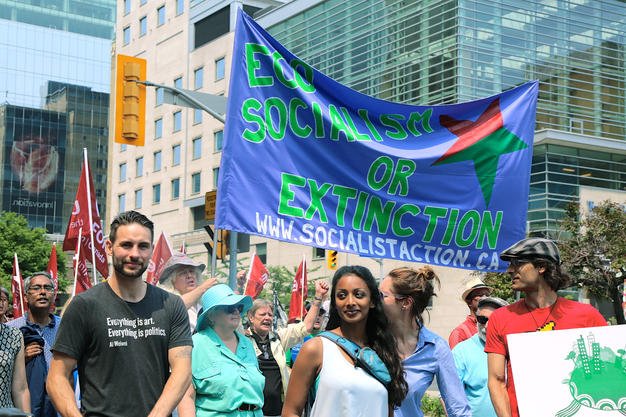 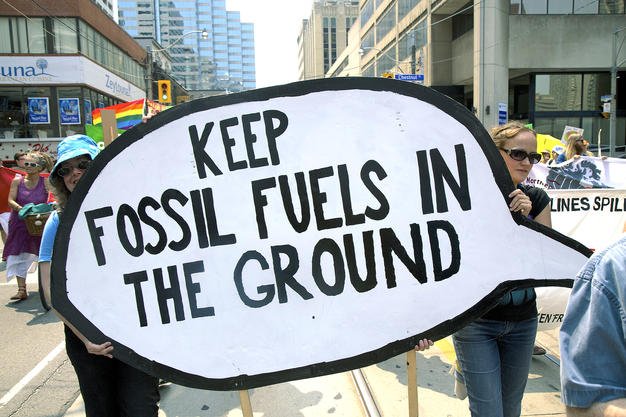 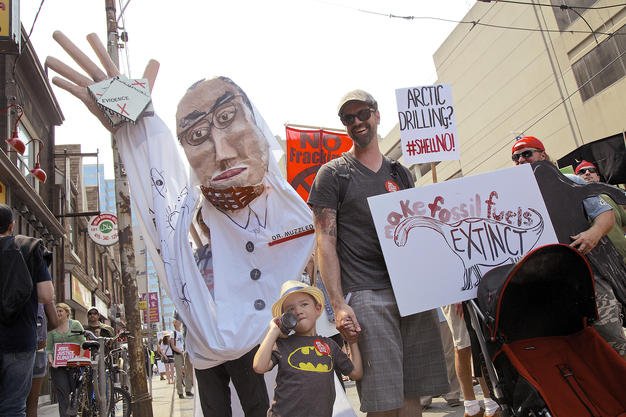 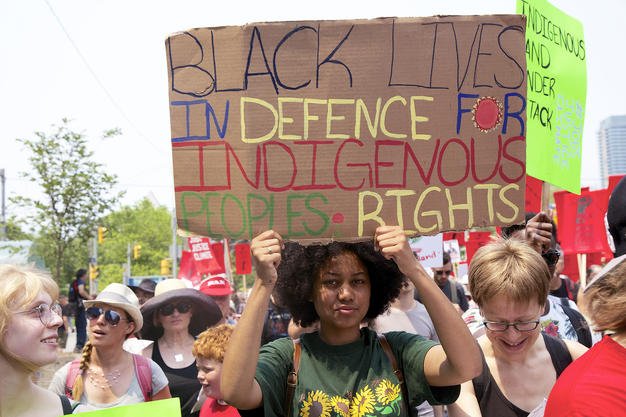 All the usual leaky-pipeline props, sad-fish signs and solar-loving slogans you’ll find at other climate rallies are here, but there’s something visibly different about July 5’s 10,000-strong march for Jobs, Justice And The Climate: environmental activists have found new friends.

And it isn’t the high-profile environmentalists in attendance (David Suzuki, 350.org’s Bill McKibben and Naomi Klein) who are given the podium this time. At the press conference before the rally, first-generation Trinidadian-Canadian nurse Anastasia Harripaul takes the mic to say that nurses are seeing the global health impacts of climate change first-hand and that action on the crisis is “a matter of social and environmental justice.”

Nigel Barriffe, president of the Urban Alliance on Race Relations and a member of the Good Jobs for All Coalition, explains how climate change, as well as poor transit service, disproportionately shafts low-income people of colour. On the main stage, First Nations activist Clayton Thomas-Muller introduces not old-guard enviros but indigenous, student, union and migrant worker groups.

Welcome to Canada’s new climate movement. As Klein said at a press conference announcing the march in May, “Time is too short to allow our divisions to keep us from building the kind of coalitions that will safeguard life on earth.”

For a group long accused of being mostly white, upper-middle-class and male-led, it’s a massive shift. As 350.org’s Canadian media coordinator, Graham Reeder, wrote in the lead-up to Sunday’s event, “It’s no secret that the traditional environmental movement has long-standing tensions around the world with indigenous, racial justice, labour and feminist movements (and many others). We had to build grassroots power to win… [and] start healing old wounds between those who are our best allies, those who coincidentally are at the greatest risk from climate catastrophe.”

“Environmentalists have been pounding their heads on this issue for decades, and indigenous people have been huge in the environmental movement for a number of years now. But there’s no question that without broader involvement we’re not going to do it.”

Tucked in near the front of march amidst No One Is Illegal placards, I find the lefty power couple who helped launch the coalition-rich march.

Months back, Klein and partner Avi Lewis jammed with 350.org organizers about taking the march beyond the environmental “leave it in the ground” messaging on fossil fuels and shifting the frame to reach a broad cross-section of struggles.

Says Lewis, “Once you realize that the economic system itself is driving the climate crisis – an economic system we know is creating vast inequality around the world and everybody knows since 2008 needs transformation – all of a sudden you’ve got this great lens of a climate crisis to show us the insanity of where this economic model is taking us. And it intersects with every conceivable issue. We have this common cause.”

That cause has helped solidify and broaden the blue-green alliance between unions and environment groups, who’ve historically been at odds. Now Unifor’s Katha Fortier says her union “rejects the job blackmail that suggests we must choose between our members’ jobs and climate change.” Oil and gas workers will have to transition from fossil fuels to renewables, she says, but Unifor members want to contribute to that transition.

Workers Action Centre’s Angel Reyes makes the case that green jobs aren’t inherently good ones if no one’s looking out for the worker. Before the march he explains that his minimum-wage job at a recycling company offered little protection for employees.

And there’s the rub. Can a new green economy create meaningful, sustainable change for most of the world’s citizens if we just plunk a bunch of solar jobs into the current economic model?

Maybe not, but a fair green economy doesn’t have to be built from scratch either when “most of the jobs in our public-sector unions are low-carbon,” says CUPE Ontario president Fred Hahn. “Think teachers, daycare workers, health-care workers and other support-care service workers. “All the work our members do – all those jobs are green jobs, and they’re all jobs that help to build our community up.”

Looking out at the thousands who have gathered for the march, 350.org founder McKibben marvels at the evolution of the movement. “The good news is that there really was no movement five or six years ago around climate change. Everyone just assumed that because the worst thing in the world was happening, somebody would do something about it, but they never did.”

If December’s COP21 climate negotiations in Paris come out a little better than Copenhagen, he says, it will be because of the growing pressure on politicians from events like these. He cautions, though, that the movement isn’t yet big enough to get the fossil fuel industry to heed the warning signs, and the planet is running out of time. “We need more people.”

This growing coalition at least gives us a crack at bringing many more hearts and minds on board.

Sunday’s march funnelled more than 100 organizations into four contingents to spell out a new climate-change manifesto. What messages were demonstrators sending?

1. It starts with justice

If the new green economy is to be a fair one, march organizers say, it has to start by recognizing the rights of indigenous peoples, who led the march, and those of women, racialized and migrant communities around the world who are most affected by climate change.

Forget the Harper-fuelled myth that Canadians have to choose between jobs and the environment. In this leg of the march, unions (including those representing oil sands workers walked alongside caregivers, faith groups and anti-poverty organizations calling for low-carbon but decent-paying jobs that keep our communities healthy.

This third segment of the march was packed with student divestment campaigners, public transit groups, cyclists, affordable housing advocates and clean-energy orgs. How do we move to a low-carbon world? Divest, go renewable, push for better public transit and cycling solutions and more localized agriculture, too, to name a few ways forward.

4. We know who is responsible

Stacked with fighters against dirty energy and pipelines, anti-nuke organizers and mining justice activists, the tail end of the march was all about kissing the old economy goodbye. Activists were calling out fossil fuel companies, the big banks and mining companies “standing in the way of a clean, just energy economy.”

Ecoholic The March For Jobs, Justice And The Climate