NOW MagazineNewsWhat do I do with old prescription and reading glasses?

What do I do with old prescription and reading glasses?

Q: What do I do with old prescription and reading glasses when they're not strong enough any more? Throw them. 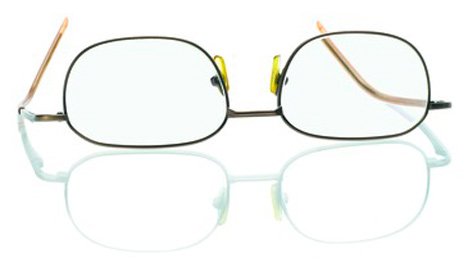 Q: What do I do with old prescription and reading glasses when they’re not strong enough any more? Throw them out?

A: Two assumptions are made about people who wear glasses: that we’re smarter than the rest of you and that young brunettes who wear ’em (ahem) look like Lisa Loeb.

Suffice it to say there’s no correlation between glasses and brain power, (see Ms. Palin) but I’ll give you bonus IQ points if you make sure your glasses are properly recycled. Considering how many people wear glasses and contacts, there’s a hell of a lot of metal and plastic going to landfill every year or three.

All particularly troubling when you factor in the bisphenol-A-heavy polycarbonate lenses in many glasses. (You definitely wouldn’t want to live near a municipality that incinerates its trash.)

And all such a waste, considering the millions of eye-strainers globe-wide who can’t afford glasses.

The best way to pay it forward is to drop off your old pairs at LensCrafters, Pearle Vision or Sears Optical.

Their mother corporation runs a foundation called OneSight that offers free vision clinics around the world. So far, they’ve donated recycled eyewear to over 6 million people in 31 different countries and are now collecting for Haiti.

By the way, they’ll take prescription eyewear, sunglasses and reading glasses. You can also drop off old frames at a local Lions Club. Either way, they’ll be cleaned, repaired and classified to get them in the right hands.

Can’t say the same for your old contact lenses, but I can suggest parting with any disposable contact lens habit you might have accrued. Though throwing out a contact lens every day might be the cheapest choice, it’s certainly not the greenest. Planetarily speaking, you’re better off with monthlies (just not the continuous-wear contacts you sleep in, since those come with a higher risk of corneal infection).

Interestingly, in 2006 the British version of Consumer Reports found that daily lenses from Acuvue, Bausch & Lomb, CooperVision and Sauflon were pretty much indistinguishable from their longer-life versions except for the fact that they were slightly thinner.

The companies advise against reuse, but plenty of users I’ve met clean and re-wear their disposables for up to a month.

Q: I’ve got cockroaches in my kitchen. What do I do now?

A: The first sighting of a cockroach in your cupboards is sort of like being back in high school when your folks were out of town and the first uninvited revellers showed up at your door. You knew they were going to trash the place.

Despite the fact that it’s illegal to spray chemical pesticides on your lawn in Ontario, it’s still okay to spray the inside of your home – where you live, breathe and eat – with whatever neurotoxin you can find in stores (like nerve-damaging diazinon and propoxur). Fabulous.

Until we see all household pesticides banned, avoid the synthetic stuff like the plague. Besides, those clever cockroaches have developed immunities to several chemical pesticides, so you’ll have to keep on spraying unless you get some good integrated pest management techniques going.

First thing you’ve got to do is barricade the place. Seal up all the tiniest little cracks and crevices you can find with a caulking gun (preferably filled with low-VOC caulk). If you live in an apartment, the wily wanderers could be shimmying over to your unit along plumbing and electrical connections. That means you’ve got to flush drain traps and seal up all gaps around piping, your toilet floor and sockets. Get insulated foam switch plates for those sockets, too.

Most importantly, become a clean freak (but without the chemy cleaners). It’s the only way my New York friends keep the roaches at bay. That means being vigilant about the tiniest crumbs, never leaving dishes in the sink and generally not following my example. You will also have to keep all your food in airtight containers from now on.

As for natural pesticides, your two choices are borax and diatomaceous earth. You can buy the latter in bulk from some eco shops like Grassroots on Danforth or Bloor major suppliers like Home Depot are now carrying it under different “green” brand names, but it’s sometimes cut with other ingredients. Make sure there are no pyrethrins in there.

You can spread a thin layer of either substance under your fridge, stove and at the back of your cupboards and baseboards. Both can irritate the lungs, though, so you might want to wear a dust mask as you do it. Vegans can trap ‘n’ release their roaches with a Vaseline-lined jar of beer-soaked bread.

Don’t be a sucker and fall for those ultrasonic devices that claim to keep bugs at bay with high frequencies. They don’t repel squat. Just follow all the other techniques mentioned and your roach hotel should be out of business in a few weeks.