NOW MagazineMusicFeaturesWhat do we do when our musical heroes aren’t so admirable offstage?

What do we do when our musical heroes aren’t so admirable offstage?

From Viet Cong's name change to sexual assault allegations against Swans' Michael Gira, the internet has transformed the ways the music community deals with problem musicians 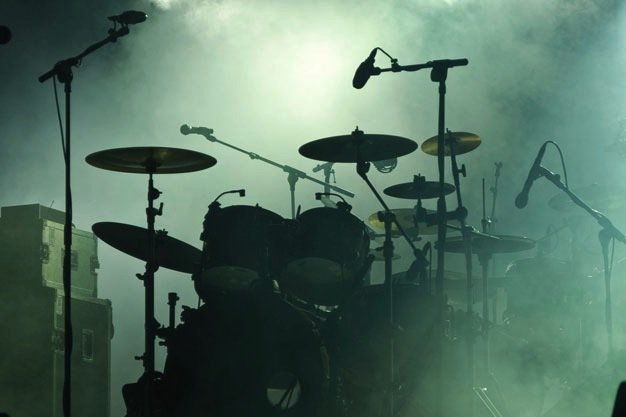 What do we do with problem musicians? Artistically adored men like Michael Gira from Swans, accused of rape earlier this year and about to release a new album and head out on a tour that includes a Toronto stop? Or former The Voice charmer CeeLo Green, also getting set to tour new material – several years removed from his 2012 sexual battery charges and questionable 2014 tweets about it? Or the many dancehall reggae artists who’ve found it difficult to play outside Jamaica due to fury over homophobic lyrics?

Protests against musicians have changed dramatically since the advent of the internet. Prior to that, outrage against popular music was usually led by conservative religious groups, and many artists welcomed the negative attention and counterculture credentials that came with being an enemy of the moral majority.

But the balance of power has shifted. Rather than perceived devil-worshipping and sexually explicit subject matter, it’s now racism, misogyny and homophobia that are likely to spark petitions and boycotts. Grassroots online activists are able to get their messages out and organize effectively, with no need of the financial resources and political connections the right wing depended on in the hair metal era.

Concert bookers have to consider the possibility of protests and cancellations when deciding whether to program a controversial artist. NYC punk band the Casualties had numerous shows cancelled in 2015 (including one in Toronto) due to sexual assault accusations against singer Jorge Herrera. Some such artists will still get gigs, though bigger festivals and venues may decide it’s not worth the gamble. Event organizers we reached out to acknowledged that they keep this kind of blowback in mind, but declined to comment on the record.

The internet has, of course, made it harder to make scandals disappear from the news cycle. Google doesn’t forget, and promoters who try to delete negative comments from event pages are only likely to fuel anger.

“There’s always a trail,” says publicist Rebecca Webster of Webster Media Consulting. “It’s really hard to erase things from the internet. Even if yesterday you had [a certain] opinion and today you don’t, yesterday still exists on the internet.”

Musicians in activists’ line of fire are able to respond online more quickly than ever, though if they’re not careful that can make things worse. Had Action Bronson reacted less defensively and more apologetically when the petition started circulating against his 2015 NXNE gig, he might not be facing so many cancelled shows and continued protests now.

“You need to step back and not react right away,” says Webster. “Otherwise you’re going to end up putting out a defensive statement, and that’s not going to help anything.”

Gira – accused of rape by former collaborator Larkin Grimm – initially responded with angry denial before switching tone and apologetically admitting that an “awkward mistake” had happened, while continuing to insist that their encounter was consensual. That kind of response could lead to protests at some Swans tour stops, including their July 10 show at the Danforth Music Hall. Local activists are already working on action around that gig, though no plans are confirmed.

While the internet makes it easier for activists to get their voices heard, it also facilitates the inevitable backlash against them. You need only glance at online discussions around the Gira story to get a sense of how vicious fans can be toward anyone challenging their image of their idols.

“I got probably 1,000 times more anonymous support than hate mail, but I still got hate mail on Facebook, Twitter and Instagram,” says Jon Pham McCurley of the fallout he experienced after speaking out against Viet Cong’s band name. “Some guy on Facebook threatened, ‘Now we know your name,’ or ‘Now we know where you live.’ I received rants from anonymous accounts with no profile picture I got a message from a dude saying I make him sick. Stuff like that.”

McCurley, who is involved in the potential Gira protest, says “[Gira] could stop denying everything [Grimm] says and trying to humiliate her in the press, but I think it’s too late. He could have accepted her accusation, apologized publicly and begun a process of reconciliation with her. He could’ve made a statement that he’ll seek help and therapy or something along those lines.”

Whether you’re in the public eye or not, we all face conflict in our day-to-day lives, and the rules around how we respond are the same for everybody: if you want peace, you have to listen to those you’ve offended, truly consider their concerns and respond in a thoughtful way. Sure, some people feel artists are being forced to navigate a minefield to keep out of activists’ crosshairs, but in most cases it’s the artist who left those explosives all over the place waiting to blow up.