As someone who gets paid to pretend to enjoy having sex on television, you can imagine how confusing Dunham's position on prostitution is to those of us who actually do sex work for a living 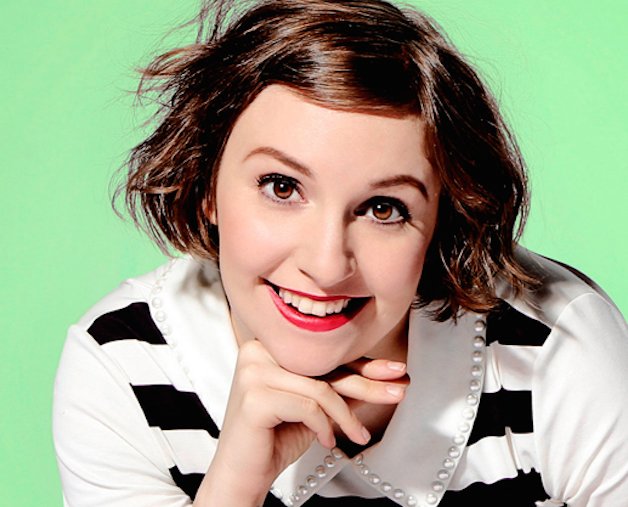 Lena Dunham, a woman who by most accounts has never had to worry a day in her life about paying rent and putting food on the table, put her name on a petition aimed at stopping women around the world from doing what she does on television in front of millions of people on a regular basis: acting like she’s enjoying sex for money.

The petition argues that decriminalizing prostitution “would, in effect, strengthen the pillars of a multi-billion dollar industry that preys on the most marginalized and vulnerable populations for commercial sexual exploitation.” Meryl Streep, Emma Thompson and Anne Hathaway are among the other signatories.

It was launched in response to Amnesty International’s Draft Policy On Sex Work, which supports the universal decriminalization of sex work. The human rights organization formally adopted the position at a meeting of its delegates in Dublin last week.

“Sex workers are one of the most marginalized groups in the world, who in most instances face constant risk of discrimination, violence and abuse,” said Amnesty secretary general Salil Shetty while explaining that criminalizing the trade only drives it dangerously underground.

You can imagine how confusing Dunham’s position is to those of us who actually do sex work for a living.  She doesn’t see that she’s contributing to our distress by openly calling for the end of our freedom to do sexual work.

Dunham was treated to a flurry of tweets from sex workers that had her backpedalling into one pile of shit after another, including my favourite: “Let’s create a world that provides REAL options for those living in poverty, homeless youth etc…”

Yes, let’s do that, while simultaneously deriding the argument made by sex workers that sex work is real work.

Male sex worker Luca Stevenson and Agata Dziuban of the International Committee on the Rights of Sex Workers in Europe wrote in a recent article in the Guardian that “the figure of the highly privileged sex worker continues to serve as a straw man for opponents of decriminalization. Pundits agonize over whether sex workers ‘choose’ their jobs or are ‘forced,’ obscuring the simple fact that people continue to exercise agency even in the most difficult circumstances.”

Indeed. This is the worst kick in the crotch when it comes to actors speaking out against sex work.

When so-called privileged sex workers advocate decriminalization, we are told that our opinions don’t reflect the reality of “real” sex workers, as though we don’t have intimate contact with sex workers around the world, that we don’t know and, more disconcertingly, don’t care what sex workers in all types of  circumstances go through.

So to be clear, my voice as a so-called privileged sex worker is criticized as uninformed, but an actor who watched a few Internet videos of brothel raids is considered a knowledgeable and valuable ally.

In an article in Marie Claire, Hathaway recalled footage of a police raid on a brothel employing Asian women filmed by a camera crew, saying she “saw things that are unimaginable.”

“They were all so tiny and scrunched up there together, but when they came out they weren’t shocked that there was a camera. They weren’t worried about getting arrested. They were gone. They were numb. They were unrecognizable as human beings.”

I’ll just say that in the real-life exchanges I’ve had with Asian sex workers, very little bugs them more than teary-eyed white girls describing them as tiny and helpless and inhuman.

“There’s no way I could relate to what my character was going through,” Hathaway confessed about her role as the prostitute Fantine in Les Misérables. “I have a very successful, happy life. I don’t have any children that I’ve had to give up.”

The horrible irony is that many sex workers are forced to give up their children because of initiatives like the one Hathaway and Dunham put their names to, which implies that we are unfit mothers and women.

How is it that a woman who plays a whore has more credibility than a woman who is one? How is it that these women can then tell whores they shouldn’t work and that we don’t know our own minds? They already have so much power.

Thousands of sex workers from across the globe signed their own petitions beseeching Amnesty to stick to its guns.

In Canada, member groups of the Canadian Alliance For Sex Work Law Reform met with AI during their consultations and “commend Amnesty International’s commitment to put the experiences of those working in the sex industry at the core of [their] human rights policies regarding sex work.”

It wasn’t long ago that hookers and women actors enjoyed more or less the same questionable reputation. From Georgian theatre society to golden-age Hollywood, actresses have bedded the hordes and hookers have trod the boards. Because of our connected history (those of us who were known to do both were referred to as demireps), I often wonder what would have happened if sex workers had been the ones who ended up with the more respectable social profile.

Would we be signing petitions that claim acting “is predicated on dehumanization, degradation and gender violence that can cause life-long physical and psychological harm” to those exploited by Hollywood executives, agents and unattainable beauty standards?

Would we declare that acting, especially for women, “is a harmful practice steeped in gender and economic inequalities that leaves a devastating impact on those sold and exploited” in the acting trade?

Would we want to make sure a woman actor never again had to shave her head, spend months practising crying while she sang to make sure she could hold the tears and the note si-multaneously, lose 10 pounds and then another 15 on a near starvation diet that consisted of two puny servings of oatmeal paste a day, as Hathaway did to prepare for her role in Les Misérables? People have asked me to do many outré things in my job as a whore, but cry, shave my head and starve myself are not among them, though they are all documented fetishes.

Would we be using Hathaway as a symbol of the suffering and degradation faced by all actors, gravely and knowingly saying things like “And Anne is one of the lucky ones. There are so many actors struggling in complete obscurity, forced to attend parties with fondling executives and giving blow jobs to bigwigs just for an opportunity to get an audition”? Would we call actresses actressed women, the way prohibitionists call us prostituted women, implying that they have no agency in this space, that they are simply tools of male demand?