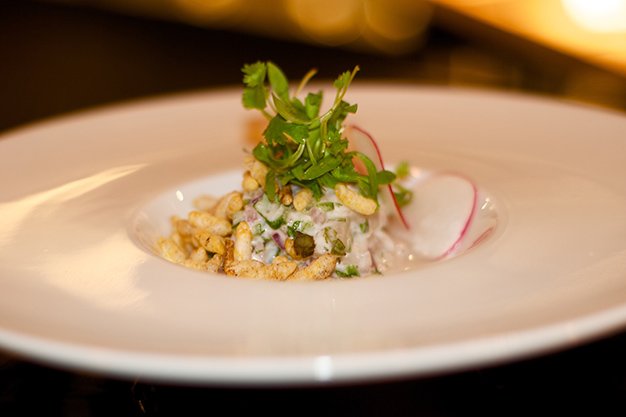 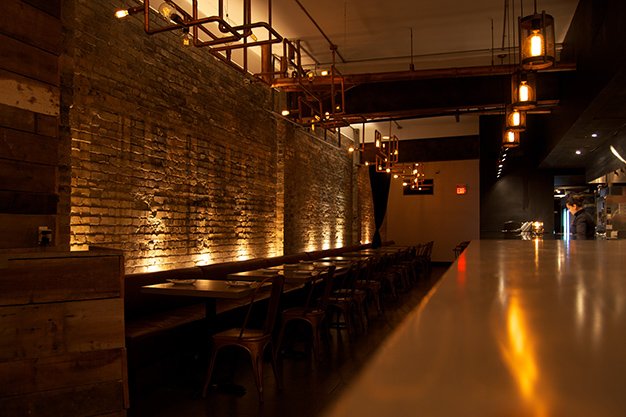 In place of Lot St. on Queen West, you will now find Rickshaw Bar (685 Queen, at Markham, 647-352-1227, rickshawbar.com). The dimly-lit little night spot, currently in the soft-open stage, is the first solo outing of chef Noureen Feerasta, who previously put in time in the kitchens at Origin, Momofuku, Chicago’s Alinea and Dubai’s Burj Al-Arab. As she explains it, rickshaws are found all over southeast Asia, regardless of national boundaries: That translates into a pan-Asian menu of loftily-plated small bites, including braised beef khao shay, paratha tacos, and a scallop “ceviche” doused with coconut milk and herbs. To drink, there’s a couple of local craft brews on tap, as well as a still-developing cocktail program.

Don’t hold your breath for Matt Blondin’s Junk concept to open anytime soon – the chef told Toronto Life earlier this month that he and the Food Dudes, the owners of Rasa and his co-conspirators behind the spot, are currently focusing on other projects. One of them, OMAW, just began doing dry-run dinners late last week in the former home of Levack Block (88 Ossington, at Humbert, 416-477-5450, facebook.com/omaw88). Check out their rotating soft-launch menu of southern grub Tuesday through Saturday starting at 5 pm.

STOCK UP ON HEARTBURN MEDS NOW

The Hot and Spicy Food Festival is returning to the Harbourfront Centre for its 18th year, which I can only assume means Toronto’s chefs and other spicy food purveyors have had a hell of a time keeping up with the city’s collective spice tolerance. This year, there’ll be an appearance by celeb chef Vikram Vij, in addition to a market of spicy treats (better stock up on Uber Diablo Fire Death Nuclear Winter Armageddon Sauce), demos by chefs like Fidel Gastro’s Matt Basile, and plenty of opportunities to sample foods and/or get some hair on your chest. For a full lineup of events within the fest, check out the Harbourfront website.

Do you know of a food event, special promotion, incredible new dish, or excellent supermarket cheese section in Toronto? Email me your tips.