Whats your opinion of Norwex products?

Q: Just wondering - what's your opinion of Norwex products? [rssbreak] A: "What do you think of Norwex?" "Why haven't you reviewed. 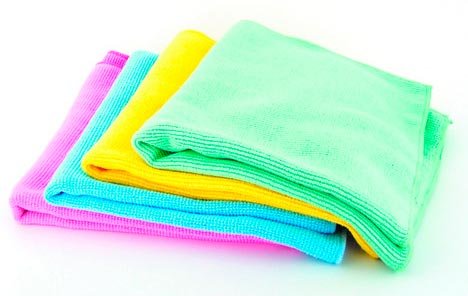 A: “What do you think of Norwex?” “Why haven’t you reviewed Norwex?” I’ve probably gotten more questions about this company than any other in recent years, so I figure it’s about time I got down to business on this one.

This Norwegian firm travels in green circles because it sells microfibre cleaning cloths that don’t require added chemicals of any sort.

Like many e-cloths I’ve reviewed in the past, these microfibres are designed to clean windows effectively without using even vinegar, for instance.

Problem is, Norwex is way too reliant on antibacterial silver across its product line. For god’s sake, the company makes antibacterial hair turbans, baby towels and bath towels. The substance is also in toothbrushes, dental floss and all those cleaning cloths.

Norwex couldn’t be reached by press time, but the company is generally vague about what kind of silver it uses. Its literature does say the cloths use the same kind of silver as the Samsung Silvercare washing machine, which is the dreaded nano kind.

Now, if you read my old column on nano silver, you’ll know why I’m not a fan. I’m not against traditional colloidal silver’s use in medicine as an antibiotic or gauze ointment. But I’ve said it before and I’ll say it again: infinitesimally tiny, under-researched nano silver doesn’t belong in a whack of consumer products.

What’s the problem? Health Canada has said not enough consumer products are emitting the stuff to cause a problem in water, but researchers continue to raise red flags.

One study by the pharmaceutical science division at University of Wisconsin-Madison found that exposure to nano silver either killed or severely mutated zebrafish embryos (way more than colloidal silver, which is also harmful to aquatic life). It could also mess with the microbes used at waste treatment plants.

Not good when researchers have also found that the nano silver embedded in the fibres of consumer products washes out into the water system.

Nano or not, all silver has some environmental impact when it gets into waterways. Back when everyone was processing silver-heavy print photographs, silver pollution in San Francisco was fingered for preventing clams from reproducing. The toxicity of silver is why Toronto wisely prevents silver from being dumped down the drain by photo processors and dentists’ offices.

Now, the body of evidence against nano silver is still forming and isn’t as well documented as the battle against triclosan, the antibacterial chemical that’s gender-bending frogs and turning up in breast milk and 75 per cent of Americans.

Rick Smith, head of Environmental Defence and co-author of Slow Death By Rubber Duck, fingered triclosan as the number-one chemical he’d like to see banned when asked at the Green Living Show last weekend. The Canadian Medical Association has also asked the feds to ban triclosan from consumer products.

Still, concerns about nano silver have Friends of the Earth and others asking for a moratorium on its inclusion in consumer goods until more research is done. FoE argues that even non-nano silver (including colloidal silver and silver nitrate, also found in a wide range of consumer goods) should be taken off shelves. Check out the nano silver report at foe.org.

Why do consumer goods have to be antibacterial anyway? Exposure to everyday microorganisms is proven to bolster our immunity. Seriously, if your cleaning cloth gets stinky, just wash it. If your socks get rank easily, put some natural odour eaters in your shoes. Instead of getting a silver-laced toothbrush, just change the head every three months.

As for Norwex’s non-antibacterial products, I’ve got no problem with them – i.e., they have an organic line of personal care products certified to be at least 10 per cent organic, 95 per cent plant-based and max 5 per cent synthetic. It’s just the nano silver stuff I’d keep an eye on.

NOTE: Norwex’s global technical advisor, Sheri Gauthier, contacted NOW after publication and said that Norwex does not use nano silver. Instead the company infuses micro silver into the nylon and polyster fibre (as a point of reference, a nanometre is one-billionth of a metre and a micrometre is one-millionth of a metre). Gauthier also says their silver doesn’t leach from their cloths and can’t be released into the environmentl unless the fabric itself breaks down.