Whats your view on Burts Bees?

Q: What's your view on Burt's Bees? Is it as environmentally friendly as it claims to be? [rssbreak] A: You know that. 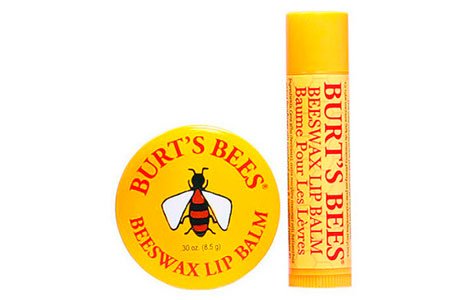 Q: What’s your view on Burt’s Bees? Is it as environmentally friendly as it claims to be?

A: You know that cool indie band only you and, like, 40 other people rocked out to way back when, that band that seems so much less titillating now that they’re playing stadiums?

Welcome to life in Crunchy Granola Land, where indie brands are selling out at Costco and where, two years in, the sale of Burt’s Bees to Clorox still sparks as much outrage as the global collapse of real bees. (Well, almost.)

You can be sure a lot of alt brand lovers dropped their beloved Bee’s balms like a hot potato after the corporate buyout, but did the move make Burt’s any less green?

The company certainly keeps churning out the green headlines: Burt’s Bees Decreases Landfill Waste By 51.5 Per Cent In 2009 Burt’s Bees Cuts Water Use By 20 Per Cent (although its waste water emissions went up 4 per cent), Burt’s Bees Sets Greenhouse Gas Reduction Goal. (It pledged to cut its U.S. greenhouse gas emissions by 35 per cent per dollar sales from 2006 to 2011 and actually cut total electricity use by 21 per cent in 2009 despite its growth.)

No surprise, considering employee bonuses are based in part on meeting conservation goals. Since the takeover, Burt’s has upped its on-premises composting and recycling and continued promoting an industry-wide certification standard for natural beauty products (a decent standard for which Burt’s led the charge and according to which 95 per cent of the ingredients in a certified product must be “naturally derived”).

Burt’s has also managed – surprise! – to have a small greening impact on its parent company. The Burt’s sustainability team has pushed Clorox to set greenhouse gas reduction goals and to firm up its animal welfare commitments.

In exchange, Clorox has gotten Burt’s out to way more consumers at Costcos and drugstores who might never have wandered into a health store to buy foot cream or lip balm (a reality that has pushed some natural food stores to reduce their stock).

But naturally, just as night cream follows day cream, Burt’s also has plenty of eco shortcomings. For one, all its beeswax is actually imported from Ethiopia and other African countries, though Burt’s rep Celeste Lutrario says this is the purest they can find. (Don’t ask me how Burt’s plans to become carbon-neutral by 2020 without buying lots more sleight-of-hand wind farm offsets.)

Burt’s never contained any organic ingredients and cancelled its lip balm tube recycling program (the company says people were going nuts with the bubble wrap when returning their packaging.)

Also, observers say lower-grade oils like soy are now being used. (Lutrario says no, Burt’s oils are all food-grade and GMO-free.) Plus, you will find synthetic fragrances in some of the company’s products, and testing by the Campaign for Safe Cosmetics found traces of lead in it’s Merlot Lip Shimmer a few years ago, results that Burt’s says it’s trying to minimize/eliminate from its natural mineral sources.

And no matter how you slice the beeswax, Burt’s profits will always at some point in the food chain feed into the whole Clorox bleach-making machine, an environmental reality some would rather not perpetuate, even by buying a tube of 99 per cent natural lip balm. But, hey, Burt’s is still a solid gateway product with no real red-flag ingredients, so the final call on this is yours.